Criminal barristers ask BSB: Are you working for the government? 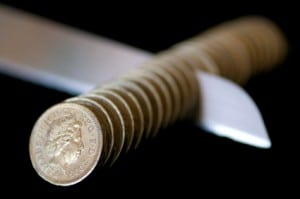 Criminal law barristers have urged the Bar Standards Board (BSB) to come clean on whether pressure from the government was behind its decision to launch a consultation tightening the rules on returning instructions.

The consultation was launched at the end of last month, the week after the Criminal Bar Association’s (CBA’s) legal aid deal with the government, under which it agreed to suspend direct action in return for a review of fee cuts for advocates.

Under the rule changes put forward by the BSB, a “fundamental change in the basis of remuneration”, such as a fee cut by the Legal Aid Agency, would no longer automatically entitle a barrister to return instructions.

In its response to the consultation, the CBA said the “coincidence” of the proposed changes with the ongoing dispute between the criminal Bar and the government over fees “gives rise to the suspicion that the regulator is acting at the behest of the government”.

The CBA went on: “If the government has made representations that this rule change should take place, the Criminal Bar Association should be made aware of it so that it can fully respond to any such proposals.”

The response argued that if the administration of justice cannot function because the fees paid to the Bar are inadequate, “it is not the role of the regulator to impose obligations on the profession to keep it going”.

It continued: “The practical reality of the proposed changes is that there will be few, if any circumstances, in which a criminal barrister could withdraw from a publicly funded matter where the level of funding is arbitrarily changed during the currency of the case without exposing himself/herself to the risk of professional misconduct.”

The CBA argued that maintaining the status quo ensured there were sufficient safeguards without putting an undue strain on the barrister. It reserved its position as to whether the new rules were lawful, or “susceptible to challenge”.

The CBA said the BSB proposals also failed to take into account the “moral obligation” of third-party funders to honour their commitment to the administration of justice.

“The proposal is a license for unscrupulous third-party funders to withhold funding at the eleventh hour, secure in the knowledge that the barrister will have no choice but to continue to act or face disciplinary proceedings.”

A BSB spokesman said: “We have received over 200 responses to our consultation on changes to the guidance on returning instructions.

“We will consider each one carefully and will issue a detailed response in the near future. As is normal practice, this will include a list of all those who have responded, except those that requested their submission not be made public.”