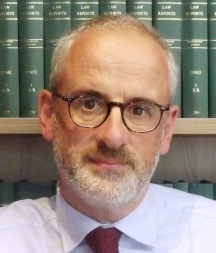 Criminal defence work is still beset by the “corrupt practices” of a minority of solicitors, as well as law firms sending incompetent in-house advocates to court – instead of instructing counsel – because of the financial benefits, the chairman of the Criminal Bar Association has claimed.

Francis FitzGibbon QC indicated that the association was losing patience with the Ministry of Justice’s delay in announcing the results of the consultation it issued almost exactly a year ago on improving the quality of criminal advocacy, which would address these issues.

Writing in his weekly message to members, Mr FitzGibbon said: “Criminal defence work is still beset (at the margins) by corrupt practice and more centrally by unhappy business models that are shaped by the skewed system of payments that do not serve the public well enough.

“I receive many reports from across the country of incompetent solicitor-advocates, or barristers employed by solicitors, being thrust into court work for which they are not prepared and which they do badly, either as juniors or on their own. In some cases, they are required to train the next wave of recruits without enough experience or resources, and they pass on their own bad habits.

“This behaviour is neither in the clients’ interests or the public interest. Bad firms claim an advocacy fee and a litigator fee, with precious little to show for either; people still buy and sell cases – ie clients – without regard to what’s in their interests.”

Mr FitzGibbon said referral fees were still “alive and well”. He continued: “I get too many reports to dismiss the problems as isolated occurrences, although thankfully it’s still a minority, if a pernicious one. The bad will drive out the good – good solicitor advocates and good barristers, and conscientious hard-working litigators. It’s in no one’s interest to let this go on.

“The overtly corrupt are a tiny minority, and there are no doubt some barristers among them; the bigger problem is the business model that turns advocacy plus litigator fee into the only way the legal aid firm thinks it can make a profit. That business model does not necessarily make for bad practice, but it’s the breeding ground on which it grows.”

Mr FitzGibbon wrote: “These proposals go hand in hand with the reform of the outdated and unfair AGFS [advocates’ graduated fee scheme] payment system. Together, they would give a solid basis for criminal advocacy to work properly, in the public interest, and remedy what the authorities recognise as the present two-tier system in which those on legal aid risk a worse service than those who can pay for their representation…

“The criminal Bar has shown great patience while waiting for action on these urgently needed reforms. A policy that has been developed with thought and full planning is preferable to one made in haste, but our patience is not unlimited and the urgency has not diminished.”

He said that in the meantime, economic pressures continued to put “a huge and unnecessary strain” on younger barristers in particular.

“The talent pool of future leaders and judges is shrinking – something that our successors in 20 years’ time will look back on in amazement, that this was allowed to happen.”

As we reported last month, the future of the much-delayed Quality Assurance Scheme for Advocates also hangs on the outcome of the government consultation.