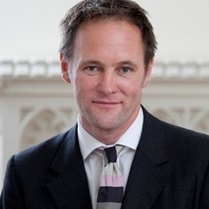 Henley: This has to stop

Criminal law barristers cannot go on without “sensible parameters” for sitting hours and overnight working and will take action if the judiciary does not, the head of their representative body said yesterday.

Chris Henley, chair of the Criminal Bar Association, said it and the Bar Council have “endeavoured to agree” such parameters with the senior judiciary.

“We sincerely want to work together on this. But if we have to we will come up with our own template for the hours we will reasonably work.”

Writing in his weekly newsletter to members, Mr Henley said barristers needed “unashamedly to look after ourselves better, or more and more of us will become casualties, and our families will continue to suffer”.

In one, a judge decided shortly after 4.30pm that the prosecution should be making a bad character application in the light of defence cross-examination, and directed the prosecution to upload the application by 8pm and the defence to respond by 9.30am the following morning.

Mr Henley wrote: “Prosecution counsel explained that he would be going straight home and dealing with young children until 8pm. In generous mood, the judge allowed counsel until 9pm. Defence counsel similarly explained that family commitments would make a reply by 9.30am very difficult, but these were brushed aside.

“Of course we comply, we always comply, and the rest of our lives bear the brunt. Prosecution counsel uploaded the application at 8.18pm and the defence reply was uploaded at 12.08am. This is what we do.”

The following day, however, the judge decided in the end that no bad character material should be admitted.

The second incident concerned an e-mail from a senior judge sent without warning after 11pm containing six points he wanted addressing by 9am the following day.

“Of course unrepeatable words were exchanged between counsel but inevitably precious sleep was delayed by a couple of hours or so to comply.”

Mr Henley said “this has got to stop”, and warned that incidents like this sat “very uncomfortably” with the vision of greater diversity on the bench outlined last week by the Lord Chief Justice, Lord Burnett.

“We will ask one more time for protocols to be agreed to set reasonable parameters for working conditions and sitting hours.

“I will say no more for now, save to say we can’t go on like this. Why would anybody want us to?”

Last month, the president of the Family Division suggested that limits on how early or late lawyers can email each other may be needed to avoid burn-out given the “remorseless” pressure the system was under.