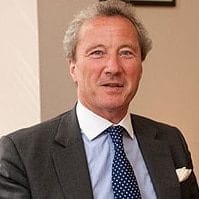 Personal injury claimants will be able to recover credit hire and repair costs under the new regime due to come into force next April if the total value of the claim does not exceed £10,000, it has emerged.

The Ministry of Justice (MoJ) has also rejected criticism by claimant solicitors that they have not been sufficiently consulted or listened to in the process to build the new system.

Lord Keen, who speaks for the MoJ in the House of Lords, was responding to a letter sent last month by Paul Nicholls, chairman of the Motor Accident Solicitors Society (MASS), expressing wide-ranging concerns about the Civil Liability Act reforms.

These included uncertainty about how credit hire and repair costs would be handled.

Lord Keen said that, where they were an insured loss, they would likely be dealt with as now under industry arrangements, such as the Association of British Insurers’ general terms of agreement.

“Our clear understanding from the insurance industry and claimant lawyers is that these industry agreements manage to settle the vast majority of subrogated losses without any involvement of the claimant,” he continued.

“However, where the claimant has already paid for any [such costs] and has receipts, these could be brought into the service as part of the claim and, subject to not taking the overall value of the claim above £10,000, be retained in the new IT service.”

The peer confirmed that arranging rehabilitation would not initially be part of the new portal, and would only be considered once it was up and running.

“However, if rehabilitation is required, the claimant can choose to accept to have it arranged via their insurer, the at-fault insurer or they can source their own provider,” he wrote.

“The costs of any rehabilitation can be discharged by way of interim payments, if the claimant has already sourced and paid for it. The service will also be able to provide information on rehabilitation and some basic signposting towards providers.”

Lord Keen defended the decision to have one portal for all motor claims worth less than £5,000 – whether started by a litigant in person or represented claimant – and the existing portal for all other claims.

This would ensure “full visibility” of how the low-value market was operating and the impact of the reforms, as well allowing for a single “simple to understand” pre-action protocol, he explained.

“We will consider in the future whether, and to what extent, the new portal can be extended to cover further claims,” Lord Keen added.

He said he was “disappointed” that MASS felt there had been a lack of genuine consultation.

“I can assure you that my officials have worked long and hard to engage with, and listen to, the widest possible range of stakeholder views throughout the current reform process.

“This includes regular discussions with representatives from your organisation both individually and as part of a wider group engagement exercise.”

Lord Keen said he understood that some stakeholders would feel that not all the points they have raised have been taken on board, but said that even then they all agreed on a particular issue, “other issues must be factored in, including lawfulness, competition issues and access to justice considerations”.

He added: “I am sorry you feel unable to fully support the decisions taken by the government in this area.”

The letter also confirmed what we reported recently, that minors and protected parties would be exempt from the new pre-action protocol. Lord Keen said this would reduce “the technical complexity of the build”.

Paul Nicholls will be among those speaking about the reforms at PI Futures on 25 September in Manchester.