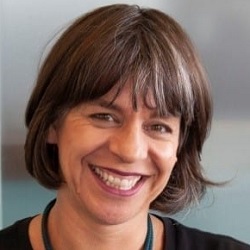 Lawrence: We all have a part to play

The Crown Prosecution Service (CPS) is to use a new annual online declaration by panel barristers of any protected characteristics to analyse the proportionality of case allocation and fee payments within chambers.

Where the data reveals that barristers with a particular characteristic were underrepresented, the chambers involved would be asked to explain what measures were being taken to improve the situation.

Rebecca Lawrence, chief executive of the CPS, said understanding the diversity of the advocacy panel and “how it evolves over time” was “a critical part” of being able to measure progress.

Writing on the Bar Council website, Ms Lawrence said the new diversity and inclusion statement launched by the CPS aimed to give barristers and chambers “a clear understanding of the role they, and their colleagues, are expected to play in respect of CPS casework”.

The statement was launched together with the new CPS briefing principles, which “put the progression of advocates and advancing equality of opportunity at the heart of our decision-making”. They are the product of the CPS’s 2025 advocacy strategy.

Data captured would “allow analysis to be conducted at national, circuit and area level to ascertain the diversity profile of panel members and proportionality of case allocation and fee payments”.

The CPS went on: “Where necessary, chambers will be requested to provide evidence that they have measures in place to deliver these requirements and expectations.

“Where there is underrepresentation of a relevant protected characteristic, e.g. sex, ethnicity or disability, including socioeconomic background, either across chambers or at a particular level, representatives will be asked to share what measures they are taking to address the disproportionality.

“This may include the implementation of measures such as mentoring, training and other positive action initiatives.”

The CPS said these measures were “not meant to be punitive”, but “support the general principles set out in the Bar Standards Board equality and diversity rules and the CPS briefing principles”.

Under the briefing principles, chambers are required to take an “equitable approach”, with the distribution of work actively monitored.

“Care should be taken to ensure that advocates who meet the quality standard are fairly considered and that opportunities are offered equally to all those who meet the ‘right advocate for the right case’ criteria, whether in-house or external.

“Where an advocate’s performance is adversely impacting their prospects of instruction, feedback and advice should be offered.

“Equality of opportunity also recognises that, in order to progress, advocates must provide demonstrable evidence of improvement and an assurance that they meet the requirements to conduct advocacy at a higher level. Such evidence is likely to be drawn from more challenging cases.

“Accordingly, opportunities to undertake more complex work or be instructed in a two-counsel case, for example, are important; not just for the individual advocate, but in the wider context of supporting the provision of sustainable, diverse and quality advocacy services, and ensuring that those who prosecute reflect the communities we serve.”

Ms Lawrence said: “We know that we all have a part to play in making sure that diversity and inclusion practice in prosecution work is of a consistently high standard.

“It is also right that the public sector equality duty places a general duty on public bodies such as the CPS to promote equality.”