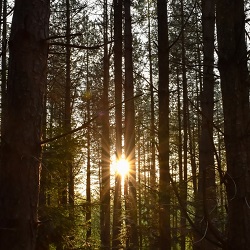 The disruption caused by Covid last year was not a good enough excuse for a law firm missing a deadline to file amended particulars of claim by four months, the High Court has ruled.

As a result, a professional negligence claim brought against US/UK law firm Womble Bond Dickinson (WBD) has been struck out.

Partner Lee Edwards told the court that members of his department were furloughed or made redundant so that remaining staff had to deal with increased workloads.

The master said she had “some sympathy… but only up to a point”. She continued: “It was up to individual firms of solicitors whether to furlough their staff or make members of staff redundant.

“It was the responsibility of the firm to ensure that there were adequate remaining staff to perform the work that needed to be done.

“If the delay had been a matter of days or even a few weeks in the initial stages of the pandemic, I might have come to the view that the reorganisation and new ways of working required due to the pandemic constituted a reasonable excuse for missing a deadline.

“But I do not consider that the pandemic can excuse a four-month delay. It is also of relevance that during this period the claimant’s solicitors were able to pursue the application for permission to appeal to the Supreme Court, indicating that they were able to continue working effectively despite the pandemic.”

Mr Edwards contracting Covid in early April 2020 – a month before the deadline – was also not a reasonable excuse.

The origins of the case date back to 2010, when Mr Day “caused the unauthorised cutting down of 43 trees, together with the construction of a vehicle track” at a site of special scientific interest near Carlisle.

He instructed WBD to represent him in a criminal prosecution brought by Natural England alleging three contraventions of the Wildlife and Countryside Act 1981.

He pleaded guilty on the basis that he had no relevant knowledge of the matters alleged but a circuit judge found his culpability to be “very considerable” and fined him £450,000, plus costs of £457,000.

The Court of Appeal rejected Mr Day’s appeals against both conviction and sentence.

In July 2018, at the very end of the six-year limitation period, he sued WBD for negligence. Her Honour Judge Deborah Taylor struck out the claim and the Court of Appeal permitted Mr Day’s appeal only to the extent that it was arguable that he incurred additional legal costs himself as a result of allegedly negligent advice regarding choice of venue.

This was on the basis that it did not involve an attack on the conviction, level of fine or the costs.

Included in the order was a requirement that, if amended particulars of claim could not be agreed, Mr Day had to apply for a hearing by 7 May 2020.

This was not done, although on 22 April Mr Day did apply to the Supreme Court for permission to appeal, which was refused on 6 August.

WBD’s solicitors wrote to say they therefore considered the action at an end, but four days later, on 7 September, Mr Day applied for relief from sanction.

Deputy Master Toogood went through the Denton test, finding there had been a serious breach and no good reason for it.

On the third stage – whether it was just to order relief in all the circumstance of the case – she said she took into account the fact that the claimant did not have a history of failing to comply and that refusing relief would end the claim.

“However, I also consider that the application for relief from sanction was not made promptly… [It] appears that the claimant had more interest in challenging the Court of Appeal’s decision than in complying with its order.

She said the delay was “particularly significant” in the context of the claim.

“Proceedings were not issued until the very end of the limitation period, six years after the allegedly negligent advice.

Both at first instance and before the Court of Appeal, the claimant attempted to pursue a claim to undermine his conviction and its consequences which Coulson LJ described as ‘inappropriate, wasteful of resources, and likely to bring the law into disrepute’.

“It was therefore nearly eight years after the alleged negligence that the claimant was required to serve amended particulars of claim limiting the ambit of the claim to reflect the Court of Appeal’s judgment. It is unsurprising that there was a tight timetable for serving those amended particulars…

“The defendant remains in the dark about the case it has to meet, which precludes any attempt to resolve the matter despite nine and a half years having elapsed since the alleged negligence.”

Though Deputy Master Toogood said the decision was “a difficult one”, she decided not to grant relief.