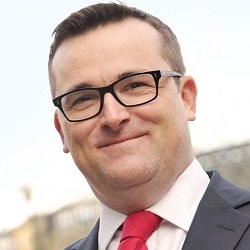 MacDonald: Family law is concerned, at its heart, with the human condition

Remote hearings have been a successful emergency measure but should not be taken as establishing a settled mode of operation for the family courts after Covid-19, a leading judge has warned.

Mr Justice MacDonald, deputy head of international family justice, said a proper review was necessary before long-term changes were made.

MacDonald J was author of The Remote Access Family Court, the guide for judges and practitioners undertaking remote hearings.

Speaking on an International Academy of Family Lawyers webinar last week, he said: “Through the use of remote hearings, we have been able to maintain, albeit at a reduced level, effective access to justice for families in crisis and for vulnerable children and to continue mitigate the damage done by family breakdown and child abuse notwithstanding the unprecedented impact of a global crisis.”

It had also mitigated, at least to some extent “the inevitable backlog of cases”, and “the acute impact of the crisis on legal practitioners”.

But “there have also been difficulties”, the judge stressed. “Perhaps most acutely those arising from the loss of that direct human connection that it is now clear so many see as the keystone in our administration of family justice.”

With family law concerned, “at its heart, with the human condition”, he said it was unsurprising that people believed strongly that family justice was best achieved face to face.

MacDonald J acknowledged the “justified caution” in using witness demeanour as an indicator of credibility.

But while the evidence was key, “in some cases a crucial element in the judge’s analysis is nonetheless the judge’s ability to experience the behaviour of the person who is the focus of the allegations throughout the oral court process, not only when they are in the witness box but also when they are sitting in the well of the court”.

This was also important to effective cross-examination by advocates, as well as their ability to ‘read’ the court – MacDonald J pointed to the recent report of the Nuffield Family Justice Observatory, which said many responses highlighted the difficulty in a remote hearing to judge the reactions of a witness giving evidence or the reactions of a party hearing that evidence.

“Within that context, many respondents to the NFJO report felt that contested final hearings and hearings requiring cross-examination are not suitable for remote hearing.”

He concluded: “The design and functioning of the family justice system is a matter of acute public interest and therefore a matter that must be subject to the disciplines of democratic accountability and public oversight.

“It would undesirable for a system rolled out as a matter of urgent necessity in a state of emergency to become the de facto format of the family justice system without the appropriate level of public consultation and debate, particularly in circumstances where the adoption of that system would shape access to family justice for the populace for years and decades to come.

“Within this context, and to repeat, whilst remote hearings will likely remain one of the tools for the administration of family justice long after the end of the Covid-19 pandemic, I for one am clear that such successes we have had with implementing the widespread use of remote hearings during the current period of acute crisis should not be taken as establishing a settled mode of operation for the family courts after the resolution of the current emergency.”