Courts Service: Flexible hours still on the table but “not about savings” 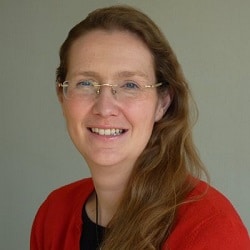 The Courts Service is still “considering views” on introducing flexible operating hours, which provoked an angry reaction from the profession last year.

In an update on the government’s court reforms, Susan Acland-Hood, chief executive of Her Majesty’s Courts and Tribunals Service (HMCTS), admitted that the service did not need flexible hours to deliver its promised savings from modernisation.

“We have proposed a series of tests to examine the feasibility of different operating hours, testing different models in different jurisdictions. The project includes an independent evaluation to assess the impact for all participants and the costs and benefits across the justice system.

“We do not need to roll out flexible operating hours to deliver the promised savings from reform, though if the tests suggest different hours could improve access to justice, they may allow us to use some of our buildings and space more effectively.

“We have recently spent time listening to views on this proposal, which has been controversial, and are currently carefully considering those views before proceeding with the test.”

In the list of court reform projects at the end of the update, a “feasibility study” on “flexible, extended operating hours” was given a proposed start date of ‘TBC’, and instead of an end date, it said simply that “tests will run for six months once the start date has been agreed”.

In a consultation on flexible operating hours launched last autumn, HMCTS accepted the possibility that extending the hours of courts, although desirable, might have to be abandoned altogether.

Ms Acland-Hood also promised in the update a “digital tool” to help with the scheduling and listing of court cases, another issue that provokes strong feelings among lawyers.

“This will increase efficiency, reduce delays and make it easier and quicker for our listings officers to perform their role.

“Court users can have competing needs – which is why listing is often thought of as more art than science.

“Judicial control of listing will remain sacrosanct, but a better underpinning system could make it easier to collect and manage a wide range of information about needs and availability, and give us better data about how successfully lists are balancing competing demands, which can in turn be fed back into good practice.”

Speaking at a HMCTS roadshow in London last week, Ms Acland-Hood criticised “very early characterisations of the Online Court as a lawyerless court”, which she described as “not helpful and not what we’re aiming for”.

She went on: “There is something about getting to a point where you don’t need a lawyer to navigate the process but you absolutely should get a lawyer to advise on the law.

“There is a difference between making it possible to do something without a lawyer and it being desirable.”

Ms Acland-Hood said a version of the Online Court for low-value money claims was being tested with 10 law firms, which used a dashboard to see several claims at the same time.

She added that in developing all its online systems, HMCTS considered how they worked from the point of view of someone who was represented by a lawyer and someone who was not.