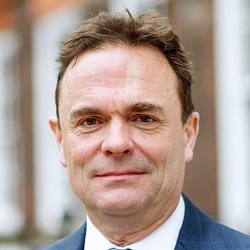 Mellor: Only apply if there’s been a substantial breach

The strengthened rules on witness statements should not be used as a “weapon with which to fillet” essentially insignificant failures to comply, a High Court judge has said.

Meanwhile, striking a different tone, another judge has struck out various paragraphs from the sole witness statement in a case for containing impermissible narrative.

Practice direction 57AC came into force in April 2021 and various parties have since fallen foul of its more stringent requirements.

In one decision this week, Mr Justice Mellor ruled that a witness statement in a trade mark dispute was compatible with the practice direction; whilst there were some “minor infractions”, he said, it was not reasonably necessary to excise any of the passages to which the claimant objected, “because very largely they comprise admissible trade evidence”.

He went on: “In my view, PD57AC should not be taken as a weapon with which to fillet from a witness statement either two or three words at various points or essentially insignificant failures to comply with PD57AC in a witness statement.

“Furthermore, in my view, before an application is brought seeking to strike out passages in a witness statement based on PD57AC, careful consideration should be given as to proportionality and whether such an application is really necessary.”

The judge said an application was warranted only where there was a “substantial breach” of the practice direction – and such a breach should be “readily apparent and capable of being dealt with on the papers”.

That might provide a mechanism for dealing with objections in an efficient and cost-effective manner, Mellor J said.

In the other ruling, His Honour Judge Paul Matthews, sitting as a High Court judge, was asked to strike out the claimant’s witness statement for non-compliance.

It was actually the second time the defendant had sought this; on the first occasion, Mr James Pickering QC, sitting as a deputy High Court judge, ordered that it be redrafted in a compliant way.

HHJ Matthews said the practice direction’s prohibition on ‘narrative’ was intended to prevent a lengthy discussion of relevant events “by simply going through the documents in the bundle, one by one”.

He found various paragraphs in breach on this basis. In relation to the first paragraph complained about, the judge said that, with the claimant professionally represented, the lawyers having already redrafted the witness statement once for non-compliance and then opposing the latest application on the basis that the statement now complied, “it would be inappropriate to impose a lesser sanction than at least withdrawing permission to the claimant to rely on the offending words or paragraph”.

He continued: “In my judgment, however, this is worse: the appropriate sanction here is to strike out the whole paragraph.” He went to strike out in full or part 10 more paragraphs.

HHJ Matthews also issued guidance on lawyers drafting witness statements. “They must prepare for it in an open way, ie by interview, and asking open and not leading questions (see paragraphs 3.10 to 3.12 of the Statement of Best Practice), and they must draft it using the language and, if practicable, the words of the witness: PD 32, paragraph 18(1).

“The difference between language and words in this context is clear. The ‘language’ of a witness refers to a language system, with its own grammar and vocabulary, such as English, French, Hindi or Swahili.

“The ‘words’ of a witness refers to the kind of vocabulary and language constructions which the witness normally uses in speaking or writing his or her own language.