CourtNav set for expansion as it wins innovation award 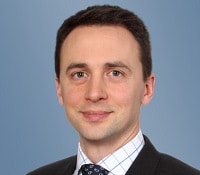 Yates: courts forms can be intimidating for litigants in person

CourtNav, an online tool designed to help litigants in person fill out court forms, could be offered not only by an advice service based at the High Court but by agencies around the country, it has emerged.

RCJ Advice – the High Court pro bono clinic for litigants in person – and City firm Freshfields Bruckhaus Deringer, which developed CourtNav, were joint winners of the access to justice through IT award at this week’s Legal Aid Lawyer of the Year awards.

Paul Yates, solicitor and head of London pro bono at Freshfields, said the online service was a “natural extension” of the High Court clinic.

“The clinic has been providing advice for decades,” Mr Yates said. “They’ve seen a massive increase in demand. This is a way of targeting resources on those who need it most.”

Mr Yates went on: “The original idea for CourtNav was to replicate the face-to-face advice offered by the clinic through an online tool.”

He said CourtNav’s first module was on divorce and civil partnership dissolution. “Since then we’ve developed a module that deals with bankruptcy and we’ve added other forms to the divorce tool.

“One big decision we faced was whether to make tool publicly available on the internet or subject to initial triage. By assessing cases on the phone, RCJ Advice can decide if someone is suitable for CourtNav or needs face-to-face advice.

“The other purpose of the triage is to make sure someone is not eligible for legal aid, for example if there is an element of domestic violence [which makes them eligible].”

Mr Yates said CourtNav asks users a series of simple questions – yes/no or multiple choice where possible. The answers are used to fill out the forms. “We’ve simplified things massively,” he said. “Forms often have lots of technical stuff in them and can be pretty intimidating for litigants in person.”

Mr Yates said Freshfields had given support of different kinds to CourtNav – finance, pro bono development work, help from the firm’s IT department and advice from its IP lawyers.

He said the Ministry of Justice had provided initial ‘one-off’ funding for the project, and charities had contributed, in particular the Legal Education Foundation, which was currently working on a county court housing possession module.

Mr Yates explained that RCJ Advice was now talking to other frontline advice agencies and the CABx to see how CourtNav could be rolled out nationally. This would involve local centres carrying out initial assessment of litigants in person and controlling access to CourtNav.

“This is the plan, and our hope is that it will be rolled out,” he added.