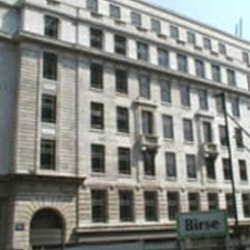 Birmingham Family Court will today introduce a wellbeing protocol which aims to end a ‘last minute’ work culture that increases stress on practitioners outside of work hours.

The protocol, agreed by the court’s wellbeing committee, says the availability of electronic communication does not justify the late delivery of instructions, evidence and other information

“Such an approach creates a high level of pressure on professionals, practitioners, court staff and judges and increases the need to work outside what are reasonably regarded as work hours.”

Her Honour Judge Thomas, designated family judge for Birmingham, said in her introduction to the protocol that all those working in the system “must ensure they are mindful of their own wellbeing” in order to continue serving the families and children who come before the court.

She said electronic communication “tempts many into a ‘by return, 24-7, last minute’ culture of working”.

Family Court president Sir Andrew McFarlane has made wellbeing a priority since taking over the role.

He has encouraged discussions between the legal profession and each designated family judge to agree parameters for acceptable working practices, such as the earliest and latest times advocates should be expected to deal with emails.

He has said he hopes to use these regional agreements to create a national template to identify “the bottom line expectations that should apply to all court centres”. Agreements have been put out in Essex and Suffolk, and for the Central Family Court.

The Birmingham protocol said work-related emails should “ideally” only be sent during business hours unless practitioners are keeping “different hours” due to caring or other roles.

The protocol said ‘reply all’ email responses should be “avoided where possible” and only those “directly concerned” with a communication should be included.

“There should no longer be an expectation that professionals, practitioners and judges will work late into the night and for significant parts of a weekend or while on leave, in order to deal with their workload or to meet deadlines.”

The protocol also highlighted that everyone has a “reasonable entitlement to a lunch break”.

It went on: “Lunch breaks should be used for lunch. The time for such a break in Birmingham must take account of the fact that most people will need to leave the court building to obtain their lunch as there is no café in the Birmingham Civil and Family Justice Centre.

“Ideally the lunch break should be between 1pm and 2pm and, in any event, for an hour.”

Court hearings should not begin before 10am and should end at 4.30pm, with an “absolute cut-off at 5pm”, save in “exceptional circumstances” or with the agreement of all involved.

“It is not unreasonable for professionals, practitioners, court staff and judges to expect to be able to return home in time to fulfill childcare or other caring commitments. No one should be expected to have to reveal details of their personal or professional commitments.”

On listing, the protocol said: “Any temptation to over-list to ‘get through the work’ is to be resisted. Where there is pressure on the list, it is the list that should give way and not the wellbeing of professionals, practitioners, court staff and judges.”

Case summaries and position statements should be “short” and focused, “ordinarily limited to one side of A4”.

Even in public law proceedings, where there was a statutory limit of 26 weeks, courts should be careful to approve “realistic timetables which can be achieved by practitioners, social workers and family court advisers”.

HHJ Thomas added that the protocol would be “kept under review” and any proposed amendments should be sent to her or members of the committee, “as should any concerns in respect of wellbeing”.

Criminal practitioners have called for similar protocols for their courts.

Meanwhile, the Ministry of Justice (MoJ) said yesterday that new contracts to manage court facilities and security services – won by ENGIE and OCS respectively – would from 1 April “modernise and enhance the experience of all those using our courts and tribunals, delivering more user-friendly services”.

Under the new arrangements, facilities management work “will focus more on the people who use courts and tribunals, including victims and witnesses, with new objectives based on the experience of court users”.

The MoJ said this included quicker response times for repair and improvement works, and penalties when suppliers fail to carry out work to an adequate standard.

The new security contract will provide staff with increased training on how to work with the public and professionals in courts and place more focus on entry searches.