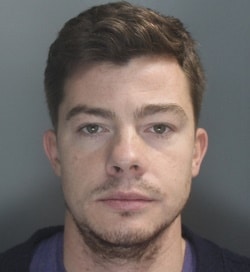 An insurance claims handler who admitted to illegally passing on customer details to a law firm and adding friends and family to genuine claims has been ordered to pay back £37,000 by Liverpool Crown Court at a confiscation hearing or face an extended jail term.

Anthony Francis Joseph Rattigan, 31, was convicted of two counts of fraud by abuse of position and two counts of money laundering after an investigation by the Insurance Fraud Enforcement Department (IFED), part of the City of London Police.

He was sentenced in May to 10 months’ imprisonment but was told this week that if he fails to pay the money, he will serve an additional nine months.

The fraud was initially uncovered by internal fraud investigators at RSA where Mr Rattigan was employed as a claim handler. As part of his job, he was responsible for handling motor insurance claims involving their policy holders.

However, he abused his position to falsely add friends and family members as injured passengers onto genuine claims he was handling so that they would receive payouts. He also referred these claims and 37 others to a law firm that, in turn, gave Mr Rattigan referral payments totalling around £25,500 between January 2012 and June 2014.

Eight claims with the added claimants were identified, with insurance payouts of over £29,000 in costs and compensation to the false claimants and solicitors.

Mr Rattigan told the police when arrested in 2014 that the law firm was not aware that he was employed as an insurance claim handler.

The friends and family who were included as ghost passengers admitted receiving payouts and were given police cautions as a result.

Detective Sergeant Matthew Hussey said: “Rattigan knew it was wrong to make referrals to the law firm, and he hid his occupation from them in order to go undetected, but thanks to the processes in place across RSA, his fraudulent activity was spotted. The case was then passed to us for criminal investigation and he is now facing the prospect of several months behind bars.

“It’s a very small minority that work within the insurance industry who look to commit fraud like this. Wherever we find evidence of this happening, we will work with the insurer and take the strongest possible action against those individuals.”

Meanwhile, the ethical marketing charter – an initiative promoted by National Accident Helpline and supported by more than 70 organisations, including leading law firms and marketing organisations – has laid out an action plan it would like to see backed in next week’s Autumn Statement to tackle cold calling.