Court users “must buy in to reforms”, says MoJ as it pledges vulnerable will not be left behind 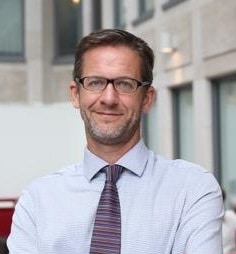 The Ministry of Justice’s top civil servant has told MPs that the government’s massive court reform programme will have failed if it does not carry the support of those who use the courts.

Meanwhile, Susan Acland-Hood, the chief executive of HM Courts and Tribunal Service (HMCTS) has stressed that technology would not help deliver justice for everyone and that non-digital systems would remain alongside digital ones.

Also giving evidence to the House of Commons public accounts committee, HMCTS’s change director, Richard Goodman, revealed that more than half of divorce applications were now being done digitally since the launch of the online divorce service at the start of last month.

Under pressure from questioning by Conservative MP and former lawyer Anne Marie Morris, Richard Heaton, the MoJ’s permanent secretary, said that one of the top risks to the £1bn reform programme was failing  to “bring the matrix of interested parties with us”.

Ms Acland-Hood admitted that, up to now, HMCTS had not explained the reforms sufficiently. “We are working really hard to engage people but we are clearly not doing well enough,” she said.

To concerns that vulnerable people would be excluded from the post-reforms courts system, Ms Acland-Hood reassured MPs that non-digital alternatives would be preserved.

She said: “The digital systems will work much better than our current systems for many people but they will not work better for everyone, and so we will retain paper channels for those who want them.

“We will provide telephone and face-to-face support for those people who need it and we will give people support to move through the system in a way that works for them.”

The reforms – due to be completed by 2022 and fully embedded by March 2023 – consist of HMCTS’s extensive use of technology such as online services and video hearings, the introduction of a common platform for the criminal justice system, and a shrinking of the court estate. Jobs and court buildings will go as part of the project.

Mr Heaton’s comments followed a report by the National Audit Office (NAO), published last month, which concluded that its failure to carry the support of lawyers for its ambitious modernisation plans had contributed to failing to meet its timetable.

The permanent secretary justified embarking on the reforms because, he told MPs, access to the courts was inadequate at present.

“Access to justice at the moment to a paper-based physical environment isn’t brilliant; many people are not going to get their rights because it’s just too difficult, so we hope that the reforms will allow people to access justice in an entirely new way that might improve things.”

Mr Goodman said that of the digital initiatives announced so far by HMCTS, the divorce service had seen an unexpectedly high take-up.

“For litigants-in-person making divorce applications… more than half are now being done digitally, which is considerably further ahead than what we were originally expecting.”

MPs echoed concerns of the NAO that initiatives such as the use of video for remand prisoners could have “unintended consequences”, for instance increased burdens on prisons.

Mr Goodman responded that an academic from the London School of Economics had been recruited to evaluate the technology’s effectiveness. He added the evaluation had already started of the use of video in tax tribunals.