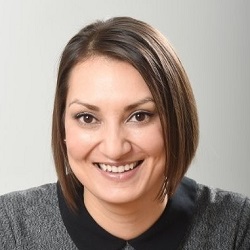 The High Court has upheld a 12-month non-compete clause imposed by a niche employment practice on a director joining national law firm Weightmans.

Jason Beer QC, sitting as a deputy High Court judge, said the business plan Saira Ali drew up as part of the process of leaving Law by Design (LBD) for Weightmans was “revelatory” of her intentions.

“Put simply her plan was – unless the restrictive covenants were enforceable (and, I would add, enforced by this court), to shift or to move (‘transition’) clients from LBD to Weightmans.”

Ms Ali suggested to the court that Weightmans was more interested in her as a person than her business plan.

“But fine words butter no parsnips,” said the judge, in rejecting her argument that the non-compete clause was drawn too widely, lasted for too long and was unenforceable. “I prefer to rely on what the business plan discloses as regards Ms Ali’s intentions.”

He went on that, as an employment lawyer herself, the solicitor fully understood the meaning and implications of the non-compete clause, which she had signed three months before resigning.

LBD was set up in 2013 in Manchester by Sue Morrison, who brought Ms Ali with her from Hill Dickinson as an associate director, along with four other colleagues.

In 2016, Ms Ali entered into a shareholders’ agreement that introduced restrictive covenants in the event of her leaving, in return for a 3% stake in the business. Two years later, she became a director, equivalent to a salaried partner.

In early 2021, following the departure of two lawyers, Ms Morrison increased Ms Ali’s pay from £70,000 to £92,000 in recognition of her increased responsibilities for LBD’s NHS clients – its main source of work – and to help secure her long-term commitment to the firm.

This included signing a services agreement (SA) that included the 12-month restrictive covenants, which Ms Ali did despite misgivings over their length – a decision she told the court was “pragmatic”.

However, she resigned three months later. Her six-month notice period was to end on 3 November 2021, at which point she intended to join Weightmans immediately.

Ms Ali provided Ms Morrison with written undertakings to comply with the covenants relating to non-solicitation, non-dealing, non-poaching of staff, non-disparagement of staff and the protection of LBD’s confidential information, but refused to do so in relation to non-competition.

Mr Beer said the business plan showed “in the clearest possible terms” that Ms Ali intended to bring £252,000 of LBD’s business over to Weightmans, almost all of it NHS work.

“That is a substantial proportion of LBD’s turnover (over a third). It is also very significantly more than Ms Ali had billed in respect of these clients in the year before the business plan was created” – some £137,000.

The solicitor “plainly regarded it as unlikely that she would ever be held to the non-competition clause”, he added, even though she accepted that her connections with the clients were all derived from Ms Morrison and LBD.

Mr Beer held: “Quite aside from the significant range of confidential information requiring protection, in my view LBD was entitled to seek to protect the customer connections built up by LBD employees providing legal services to NHS clients.”

The way the SA was drafted meant it was “an uncomplicated conclusion to reach that this covenant extended no wider than was reasonably necessary” for the protection of LBD’s business interests.

“The critical fulcrum around which the covenant turns is the definition of ‘Restricted Business’ – this limits the operation of the covenant to parts of LBD in which Ms Ali was involved to a material extent proximately to her departure from the firm.

“This device ensures that the covenant is reasonable in the scope of its operation: (i) if Ms Ali was not involved in parts of LBD to a material extent, then the covenant is not operative in relation to those parts; (ii) if Ms Ali was involved in such parts of the business to a material extent, then the covenant bites – but that is because it is reasonable to restrict her from joining a business which competes with those parts of LBD’s business.”

Further, 12 months was “a reasonable period” for it to last; Ms Ali had suggested six months. A year was “reasonably necessary in order to find, successfully recruit, and then train/integrate a lawyer in a small firm such as LBD”.

Ms Ali accepted in evidence that six months would be “nowhere near enough time for all of that to take place”.

Mr Beer added that a year was also “the shelf life of the confidential information and Ms Ali’s ability to remember it”.

He pointed out too that the SA allowed Ms Ali to join a business anywhere in England and Wales that did not compete with LBD for NHS clients in the North-West or one part of Hertfordshire.

“Overall, as it seemed to me, the effect of Ms Ali’s position in this claim – and her opposition to the claim for injunctive relief – was to ask the court to release her from a contractual restraint so that she could be free to take up employment with the very type of competitor in respect of whom the restraint was intended to apply.”