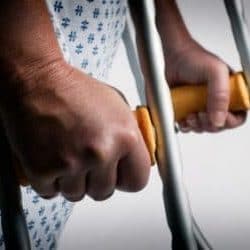 Personal injury: Pilot will be introduced in stages

A pilot for dealing with personal injury (PI) claims online is set to launch in late spring, it has emerged.

It will be developed during the year so that claims can be completed online up to and including the final hearing.

The latest online legal service from the government will also be available for claims that exit the government’s new whiplash portal.

About 130,000 PI cases are handled in the civil courts each year and the existing process is entirely paper-based.

Steven Chapman, head of civil claims and service manager at HM Courts & Tribunals Service (HMCTS), admitted it could be “inefficient for us, impenetrable for the parties and exhausting for legal professionals”.

The PI pilot will only be available to lawyers and will be introduced in stages. The initial stage, from “late spring” 2020, will handle claims involving one claimant and one defendant.

Writing for the Motor Accident Solicitors Society, Mr Chapman said: “Benefits include being able to submit a claim, pay the court fee, and receive notification of the issue date, digitally.

“There will also be digital processes for filing the certificate of service and attaching any relevant documents, filing a defence (all other response types will revert to paper until later releases are made), and for providing directions questionnaire information online as part of the response process.”

The case will then be transferred to a local court to continue on paper.

The pilot will also allow users to track the progress of cases online, without the need to contact the court.

In the second stage, planned for later this year, “we will make the digital process available so that these cases can be completed online up to and including the final hearing”, Mr Chapman said, although which cases will be able to progress this far in the pilot has not yet been settled.

“In this second phase, legal professionals will be able to do far more digitally, including receiving direction orders; uploading witness statements, medical evidence and other documents; and provide listing questionnaire information online.

Once this full service has been tested, HMCTS will release the capability to digitally progress other types of response aside from defence, such as admissions, requests for judgment and the ability to make counterclaims or additional claims.

Litigants in person will not be able to access the online service until its final stage.

But acknowledging the new whiplash portal – set to come into force on 1 August – Mr Chapman said those with legal representation would be able to issue their claim through the online service to commence a court claim if they need to do so, having progressed through the portal.

He said HMCTS has used the learning from the online civil money claims service, which has been used more than 120,000 times so far.

“User satisfaction stands at 89% with most people stating that the process is now quicker, easier and more efficient.”

He added that, in planning the PI system, “we have worked extensively with the judiciary, court staff and legal professionals to better understand their experiences of the current process, both good and bad”. He urged PI lawyers to take part in piloting the service to help improve it.

The latest court statistics, released last week, reported that the number of PI claims fell 5% in the fourth quarter of 2019 to 27,000, the lowest figure since 2011. The Ministry of Justice attributed this to the impact of the LASPO and related reforms.

“A sustained period of increasing receipts has increased the time taken to hear civil cases and caused delays to progress cases,” the report said.

For multi/fast track claims, it took on average 60.9 weeks to reach a trial, 2.1 weeks longer
than in the same quarter in 2018. This has now exceeded the upper limit of the long-term
range of 52-59 weeks.

To register interest in the pilot, email OnlineCivilMoneyClaims@justice.gov.uk