Court rejects appeal from solicitor struck off for gross overcharging 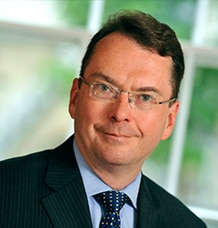 The High Court has rejected an appeal from a solicitor struck off after charging an estate where he was sole executor over eight times the reasonable remuneration to which he was entitled under the will.

Mr Justice Lavender said the Solicitors Disciplinary Tribunal (SDT) was entitled to conclude that a conversation in which the client promised Brian Milner-Lunt that he could charge “up to 50% of the estate” did not take place.

The judge said that between January 2014 and September 2017, Mr Milner-Lunt, principal of Milner-Lunt & Co in Gloucestershire, raised 45 invoices against the estate of ‘TW’, for which he was sole executor, for a total of £132,666 – about 17% of the value of the estate.

The SDT accepted evidence from a costs draftsman relied on by the Solicitors Regulation Authority (SRA) that the solicitor’s costs should not have exceeded £15,630.

Despite this, Lavender J said Mr Milner-Lunt had charged the estate “over eight times that amount”, and did not attempt to justify, either before the tribunal or the High Court, the amount charged by reference to the amount of work he did.

Lavender J said that “in a case of gross overcharging and, in all the circumstances of this case” the SDT was entitled to find that the appellant had been dishonest”.

Delivering judgment in Milner-Lunt v SRA [2021] EWHC 1302 (Admin) – handed down in January but only published yesterday – the judge said the principal asset of TW’s estate was a house valued at a little under £400,000.

Under the will, TW gave a life interest in the house to a friend. By July 2015 the sole practitioner had realised the remainder of the estate, but he “did not provide an account to the beneficiaries and he did not make any distributions”.

Instead, the following month he transferred £125,000 of estate money into his ‘business bonus account’ and used it to pay the firm’s invoices.

The judge said Mr Milner-Lunt was adjudged bankrupt in June 2017. After the solicitor ignored decisions of the Legal Ombudsman to pay two of the residual beneficiaries £350, apologise and provide a copy of the interim estate accounts, one of them brought an action in the High Court.

She obtained an order requiring him to provide an inventory of the estate and account of its administration within 28 days. He failed to do this. The SRA suspended his practising certificate and shut down the firm in October 2017.

The tribunal ruled in August 2019 that all seven allegations made by the SRA against Mr Milner-Lunt were proved, and he had acted dishonestly in relation to two of them.

The sole practitioner did not appeal against rulings that he had failed to co-operate adequately with the SRA’s investigation or failed to reconcile client accounts.

Representing himself at the High Court, he argued not only that TW had told him he could charge 50% of the value of the estate.

Mr Milner-Lunt also argued that his standard probate terms and conditions allowed him to charge 25% plus VAT and disbursements.

The judge recorded: “He contends that he, as executor, agreed with himself, as solicitor, that fee and that, therefore, it must be reasonable, but an executor cannot bypass the terms of the will in that way.

“The will entitled him to charge, but it did not entitle him to charge such sums as he saw fit or such sum as he agreed with himself.”

Lavender J said the tribunal had found that the sole practitioner believed his business bonus account was a client account, and so was not dishonest in that respect, but it was still an “incorrectly designated” account.

The judge rejected an argument from Mr Milner-Lunt that he was not obliged to comply with the High Court order to provide estate accounts because he had been made bankrupt.

Lavender J concluded that striking off was an “entirely appropriate” sanction, given the findings of dishonesty, and the solicitor had made no submissions to the SDT about the costs of £30,950 awarded against him, so its costs award could not be challenged.