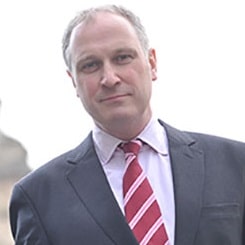 Pepperall: Restrictions were justified and appropriate

The High Court has rejected a solicitor’s appeal against a decision to ban him from working as a sole practitioner.

It was one of the sanctions levied last year by the Solicitors Disciplinary Tribunal (SDT) on Anthony Gale, after it found he had been “sloppy, lazy and careless” when acting in conveyances on the instructions of a third party without confirming them with the clients or conducting due diligence on the clients or transaction funds.

At the material time, Mr Gale – who qualified in 1990 – was a partner at Yorkshire firm Maurice Smiths Solicitors, which has since merged with Leeds practice Ison Harrison.

Though he accepted the fine and the COLP and COFA restriction, he argued before Mr Justice Pepperall in the High Court that the sole practitioner ban was both disproportionate and unnecessary.

Mr Gale submitted that his failing was in not keeping proper records. The judge recorded: “While he accepts that he was lax and careless, he disputes that he acted flagrantly and argues that this was not a case of failing to consider matters correctly.

“Although the failings took place over a number of years, they involved one family that was very well known to him. Consequently, he argues that not only was no loss in fact suffered but the risk of loss had been minimal.

“Mr Gale argues that there is no future risk to the profession and relies on his long and hitherto unblemished career and the references that were provided to the tribunal.”

In opposing the application, counsel for the Solicitors Regulation Authority (SRA) said the potential for harm in the case was high, and pointed out that Mr Gale could in time apply to the tribunal seeking the removal of the restrictions.

Pepperrall J had little truck with Mr Gale’s arguments: “Here, the tribunal undertook a careful assessment of culpability, harm and the aggravating and mitigating features of this case. Its assessment was neither wrong in principle nor plainly wrong.

“The tribunal accepted that no harm had in fact occurred, but I reject Mr Gale’s submission that it was wrong to regard the potential for harm to have been high. Indeed, in my judgment, the tribunal’s assessment that Mr Gale’s insight as to the seriousness of his failings is still developing was borne out by his written and oral submissions on this appeal.

“I do not accept that this was merely a failure of record keeping; Mr Gale’s failings were more fundamental in acting for clients without seeking or obtaining their direct instructions and in failing to comply with proper money laundering checks.”

While acknowledging that there had been no allegation or finding of dishonesty, the judge said the tribunal did find that Mr Gale had failed to act with integrity.

“The tribunal was therefore right to consider whether some sanction beyond a financial penalty was required both to prevent further similar failings and to maintain the reputation of the profession.”

Its reasoning in reaching the conclusion it did “betrays no error of principle”, Pepperall J said.

“Further, its assessment that it should impose restrictions on Mr Gale preventing his practising as a sole practitioner and acting as either a COLP or a COFA was not plainly wrong. Indeed, I go further. On the facts of this case, I consider that the restrictions imposed were obviously justified and appropriate.”

Mr Gale also failed in his challenge the costs order. His arguments included that the SDT should have ordered a detailed assessment, and reduced the costs by more than £2,000 when disallowing 37 hours of the time taken on the case by the SRA’s solicitors, Capsticks.

Pepperall J said the court should be “particularly slow” to interfere in a tribunal’s decision as to whether it should fix costs or refer the bill for detailed assessment.

The £30,000 sought by the SRA was “the sort of costs bill that is routinely assessed summarily” and the decision taken by the tribunal was entirely within its discretion; he also noted that neither party asked for a detailed assessment.

The SRA pointed out that Capsticks worked on a fixed fee, not hourly rates.

The judge said: “The tribunal could have helpfully gone on to explain that its task was not to scale down the fixed fee but to assess the reasonable costs that should be awarded for the 99 hours’ work that it regarded as having reasonably been undertaken on the case.

“Despite its failure to state this in terms, that was not only obviously the right approach but, in my judgment, was plainly implicit from its award of costs.”