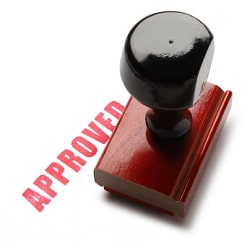 Trust corporations wanting to act as property and affairs deputies for incapacitated people must be regulated by the Solicitors Regulation Authority (SRA) to gain immediate approval, the Court of Protection (CoP) has ruled.

Judge Hilder, senior judge at the CoP, said that even when other regulators for banks and charities provided “broadly comparable” protections for clients, the court might ask for a report from the Office of the Public Guardian (OPG).

Judge Hilder explained that that the CoP normally required deputies to provide an insurance bond, supplied by a bond provider under a contract with the Ministry of Justice (MoJ).

She said Deputy Bond Services, the MoJ’s bond provider until October 2016, had produced a list of ‘checked’ trust corporations which the court could refer to, but after the Howden Group took over the contract, the list had no longer been produced.

The judge said this meant there was “presently no system in place” between the CoP, the OPG and the MoJ’s approved bond supplier on which the court could rely “as to the suitability of a trust corporation” for appointment as deputy.

Judge Hilder said a trust corporation could apply to be on the OPG’s panel of deputies, but there was “no ‘panel’ of trust corporations which have demonstrated compliance with legal requirements to act”, meaning that information necessary to satisfy the CoP as to suitability had to be “built into” the application process.

Delivering judgment in Re Various Incapacitated Persons (Appointment of Trust Corporations as Deputies) [2018] EWCOP 3, Judge Hilder said 11 trust corporations had applied to the CoP to be appointed property and affairs deputies, jointly represented by a single legal team.

The judge specified situations where the CoP could be satisfied that there was “adequate external regulation of a trust corporation for it to be suitable for appointment as a deputy”, setting them out in a separate schedule.

In the case of solicitor directors, the trust corporation must “retain its associated legal practice to carry out all practical work in relation to the management of the incapacitated person’s property and affairs” and the corporation must be covered by the associated law firm’s indemnity insurance, on the same terms.

She continued that the CoP would only be satisfied by a corporation’s insurance cover if an authorised person gave an undertaking that it was compliant with SRA minimum terms and conditions, lodged a copy with the OPG on appointment and notified the OPG if there was any reduction in the terms or level of cover.

The judge said the level of cover must be “adequate relative to the size of the estate in question” and if the court was concerned that the SRA minimum level was not sufficient, it should seek further information.

She said that within the current proceedings, the scope of regulation of regulators other than the SRA had not been considered.

However, Judge Hilder said: “If the protective effect of regulation by bodies other than the SRA is broadly comparable, it is likely that the court will be similarly satisfied as to the appropriateness of the appointment.”

Judge Hilder concluded that her requirements should be incorporated into an amended standard COP4 declaration, and until that could be achieved, trust corporations should file the existing form with an additional page responding to her requirements.