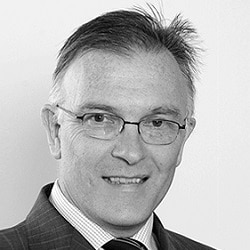 The insurer of a negligent Italian law firm operating in London has been ordered to pay £3m in costs to the victims after the lawyers failed to pay up.

AIG was the insurer of Giambrone, which acted for over 80 individuals who lost £3m in deposits in the failed and allegedly Mafia and IRA connected Jewel of the Sea holiday development in Calabria, Southern Italy.

In 2017, the Court of Appeal upheld the High Court’s decision that Giambrone was negligent and in breach of trust when acting for investor clients in respect of the development.

The Supreme Court refused to hear a second appeal.

The claimants then applied for a non-party costs order against Giambrone’s professional indemnity insurer, AIG, after the firm had failed to satisfy costs orders.

Exercising the court’s discretion to award non-party costs in “exceptional” circumstances, Mr Justice Foskett held that “AIG’s funding of the defence did materially increase the costs expended by the claimants in pursuing the claims”.

He summarily found that the claimants spent “twice as much on pursuing their claims than they would have done if AIG had not funded the defence of the claims in the way it did.”

The judge said: “Where an indemnity insurer substantially relinquishes control of the conduct of the litigation to the insured (or fails to take steps to control it when there are grounds for intervening), and does so in the expectation that it will be immune from a costs liability towards the opposing party if the opposing party is successful, that expectation is open to be falsified by the court in a section 51 application, particularly if the prospects of success for the insured are assessed as poor.”

Partner David Niven, head of the group action professional negligence team at the claimants’ solicitors, Penningtons Manches, said: “As Mr Justice Foskett acknowledges in his judgment, this litigation has been fiercely contested, even though our clients succeeded on substantively all points at trial. I am confident that this will result in a substantial payment of my clients’ costs.”