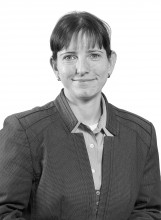 An associate in a law firm’s Court of Protection team has been convicted of the wilful neglect of her own elderly mother, who died in squalor despite the solicitor having power of attorney to act on her behalf.

Emma-Jane Kurtz, an associate at Reading-based regional firm Boyes Turner, was last week convicted at Oxford Crown Court of “the wilful neglect by the donee of an enduring power of attorney, contrary to section 44 (1) (b) of the Mental Capacity Act 2005”.

The solicitor, who was freed on unconditional bail, will be sentenced next month.

Her biography on the firm’s website, since deleted, said “her specialist skills in caring for and advising the elderly enables her to offer an additional layer of expertise to Boyes Turner’s severely injured and vulnerable clients”.

According to local news reports, the presiding judge, His Honour Peter Ross, told the jury that he was ex-director of the former regulator, the Office for the Supervision of Solicitors – the forerunner of the Solicitors Regulation Authority – and said that Ms Kurtz may be struck off.

The solicitor, aged 41, lived at home in Didcot, Oxfordshire, with her 79-year-old mother Cecily and her elderly father, who has a variety of medical problems.

In a statement to Legal Futures, Boyes Turner’s chief executive, Andrew Chalkley, said: “Emma-Jane Kurtz has been convicted of a serious offence. She is not currently at work, and we have not been able to talk to her yet.

“Clearly this conviction is an extremely serious matter, and we will be addressing it with her at the earliest opportunity. However, until we have spoken to her, we can’t comment further.”

The judge reportedly told the court that although he had ordered a pre-sentencing report, he expected to hand Ms Kurtz an immediate custodial sentence.

A Crown Prosecution Service spokesman confirmed the solicitor would be sentenced at Oxford Crown Court on 27 April.

In a statement, Thames Valley Police said: “Mrs Kurtz, who lived with her husband and daughter Emma-Jane, was found on a sofa and she had been slumped over with her chin on her knees for five days.

“She had become incontinent and was covered from head to toe in faeces, had not changed her clothing for a decade and had urine burns. Her long hair had become matted in to dreadlocks.

“Emma-Jane Kurtz said she had gone in to the room with her mother in three or four times a day. There had been many opportunities over months and years to help her and remove her from that situation.”

The website biography continued that she worked “in all matters relating to Court of Protection deputyship and personal injury trusts”.

It added: “She liaises with case managers, investment advisors, accountants and other professionals to ensure that the client’s best interests are met and on the client’s behalf.”