Court of Appeal warns solicitors over standards of ‘commoditised’ services 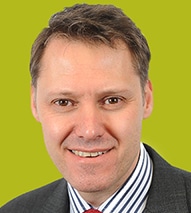 Economic pressures forcing solicitors to ‘commoditise’ their advice “throw into sharp focus the need for standard form letters of advice to be clear in their exposition”, the Court of Appeal warned yesterday.

The warning came as the court upheld a finding of professional negligence in the way Yorkshire firm Raleys handled a miner’s compensation claim.

It was a situation, said Lord Justice Tomlinson, that had “cried out for a short discussion with the client, preferably face to face, but if necessary over the telephone”.

The case involved Andrew Proctor, who worked in various collieries in Yorkshire between 1986 and 2004, leading him to contract vibration white finger.

In late 2013, HHJ Gosnell in Leeds County Court found that his settlement of £11,141 under the government’s compensation scheme failed to take into account a similar-sized claim for ‘services’ required as a consequence of his disability, such as gardening and DIY.

HHJ Gosnell said it was Raleys’ commoditised approach to miners’ compensation cases, “involving as it did, the extensive use of questionnaires and standardised letters with very little personal contact with the client”, that caused the problem.

The appeal dealt with the issue of whether or not Raleys was negligent in failing to conduct either a meeting or a telephone conversation with Mr Procter in order to be satisfied that he fully understood the advice it had given him in three letters.

In the Court of Appeal, Raleys’ counsel “drew to our attention the difficulties posed for solicitors in modern conditions, where financial constraints may require them to ‘commoditise’ their advice to potential claimants”, recounted Tomlinson LJ.

“We know insufficient about the fee structure supporting this scheme to assess to what extent these considerations applied here. Such considerations do however throw into sharp focus the need for standard form letters of advice to be clear in their exposition.”

Dismissing the appeal, he continued: “The circumstances in which a claim for services could be made were not complex but as I have already pointed out not entirely straightforward. These letters in my view signally failed to give a clear exposition…

“Furthermore, whatever may be the practical and economic constraints in conducting face-to-face meetings or telephone discussions with clients in claims handling of this nature, it is apparent that in this case there were at least two opportunities to give, without significant additional cost, a straightforward exposition of the circumstances in which a claim could be made, and to follow up the implications of such relevant information as the client had given – difficulty with gardening etc, and the implications of his staging assessment.

“It is to the solicitors’ credit that their system did generate internal reference to these very matters. To impose liability for the failure to follow up the issues flagged in this way does not, to my mind, involve the imposition of an unrealistic standard. The solicitors were dealing with a client who could fairly be regarded as unsophisticated in the relevant field. The written advice given to him was unclear, and there were clear indications that it may not have been understood.

“It is not asking much of a solicitor in such circumstances to make sure that his client understands the opportunity apparently being passed up.”

Robert Godfrey, partner and head of professional negligence at Oldham firm Mellor Hargreaves, who represented Mr Proctor, said: “The judges were quick to dismiss the appeal by Raleys Solicitors and in court were highly critical of the commoditised way in which these claims were handled. These comments have wider significance for all litigation solicitors, particularly in the world of the portal and fixed-fee regime.”

Last year, the Court of Appeal upheld another ruling by HHJ Gosnell in a case brought by Mellor Hargreaves against Raleys over the failure to progress a services claim.