Court of Appeal warns of “perverse incentives” from litigation funding 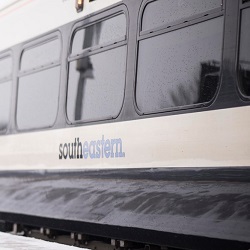 The Court of Appeal yesterday highlighted the importance of judicial control over costs to ensure that the involvement of third-party litigation funders does not create perverse incentives.

Lord Justice Green made the comments in rejecting an appeal by three train operating companies against the Competition Appeal Tribunal’s (CAT) decision to grant two collective proceedings orders (CPOs) instead of striking them out.

One of the grounds of appeal was whether the CAT erred in holding that its conclusion that the cost/benefit assessment was “slightly” against the making of the CPO did not mean that it should not order it.

Green LJ said one component of the cost/benefit analysis involved assessing the costs predicted to be incurred by the class representative.

On appeal, it was argued that this showed that the initial cost budget may prove to be an underestimate and, given the marginal nature of its decision, the CAT might not have made the CPO had it been in possession of a more accurate figure.

MTR and Stagecoach also argued that the CAT failed to attach sufficient weight to the fact that the collective proceedings would be “hugely expensive, and overwhelmingly for the benefit of funders and lawyers”.

Giving the court’s unanimous ruling, Green LJ prefaced its conclusions by acknowledging the importance of the CAT exercising “close control” over costs.

“There are conflicting considerations at play. On the one hand to enable mass consumer actions to be viable at all will invariably necessitate the assistance of third-party funders… and the CAT must therefore recognise that litigation funding is a business and funders will, legitimately, seek a return upon their investment.

“On the other hand, there is a risk that the system perversely incentivises the incurring or claiming of disproportionately high costs.

“And there is also the risk, highlighted in Canadian literature [the CPO regime is partly modelled on Canada’s], that third-party funders have an incentive to sue and settle quickly, for sums materially less than the likely aggregate award.

“This, if true, risks undermining important policy objectives behind the legislation which include properly rewarding the class and creating ex ante incentives upon undertakings to comply with the law.”

Green LJ observed that the information on costs was unavailable to the CAT during the certification hearing and there had been no application for the CAT to reconsider its decision in light of the fresh evidence.

Further, there was “no material evidence” as to the reasons for the increase in, or implications of, the budgeted costs.

“For all we know the increase might be justified and/or have no material effect or impact upon the overall budget. In these circumstances we do not consider it appropriate to adjudicate upon the matter. We do not consider that an issue of law properly arises for our determination.”

In any event, the judge went on, the answer to the concerns “lies in the close supervision of costs by the CAT to ensure that they are proportionate”.

Green LJ said: “The proffering of an exorbitant costs budget does not mean that those costs will be ordered to be paid if the class prevails at trial; and the mere fact that at the certification stage costs seem high does not mean that the CAT will simply accept that figure as appropriate for the purposes of a cost/benefit analysis.

“We cannot see that the CAT would therefore necessarily have taken any materially different view of suitability had it known of the most up to date costs figures.”