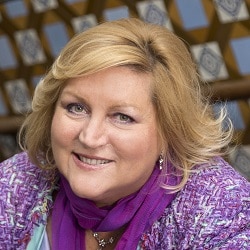 A law firm acting for different defendants against the same claimant did not owe that claimant a true fiduciary duty, and so did not have to prove its Chinese Wall worked, the Court of Appeal has ruled.

It upheld the decision of the Intellectual Property Enterprise Court that it was for the claimant to prove that the information barrier did not work.

It launched proceedings against Dartington Crystal for infringement of a registered design of a whisky glass in September 2018. This action was settled in January 2019 following mediation. Leeds and London law firm Virtuoso Legal, a specialist intellectual property practice, represented Dartington.

In November 2018, Glencairn launched the current action against Final Touch, for infringement of the registered design and also infringement of an EU trade mark for a whisky glass and for passing off.

Virtuoso acted for First Touch too and, by the time of the Dartington mediation, decided it would not be appropriate for the Dartington team to be involved in the Final Touch litigation, and set up an information barrier.

Glencairn’s lawyers, Stobbs IP, considered this to be “inadequate” and doubted whether “any set up between the Dartington and Final Touch teams at Virtuoso could be effective”. Stobbs asked Virtuoso to cease to act for Final Touch, which it refused to do.

Glencairn sought an injunction to stop Virtuoso from acting, which was refused at first instance by His Honour Judge Hacon, who held that Chinese walls set up by small law firms could be effective, if harder to enforce than in larger practices.

Key to the appeal was whether HHJ Hacon was right to decide that the Bolkiah principles – the leading authority on the potential for conflict of interest where solicitors act for different parties – did not apply.

Further, though in one sense a duty of confidence – which Glencairn argued arose from the settlement – was a fiduciary one, “its existence is not sufficient as a matter of English law to bring into play the Bolkiah jurisdiction imposing the burden of proof on the solicitor for the opposing party to show that there is no risk of disclosure or prejudice”.

Flaux J explained: “The Bolkiah jurisdiction should be limited to cases where there is or was a true fiduciary relationship, of which a paradigm example will be the case of a solicitor who formerly acted for the applicant and who came into possession of the relevant privileged confidential information during the course of the retainer.”

Further, there was “an obvious distinction” between legal professional privilege and without prejudice privilege

“In the case of without prejudice privilege, the applicant and his legal advisers will have chosen to share privileged information with his opponent and the opponent’s legal advisers during the course of a mediation or settlement discussions.

“Whilst the opponent and his legal advisers cannot use the privileged information other than for the purposes of the mediation or settlement discussions, they have not received it in a fiduciary capacity…

“If, for whatever reason, the information is misused and/or openly disclosed or there is some threat that it will be, the remedy of restraining the opponent and his legal advisers from misusing the information is usually sufficient protection.

“If the applicant wishes to obtain wider injunctive relief such as sought in this case, the burden of establishing that such relief is necessary should be on the applicant as it would be in the general law of confidentiality, without what might be described as presumptions in favour of the applicant such as apply under the strict Bolkiah test.”

The judge said limiting the Bolkiah jurisdiction in this way to cases where there is or was a true fiduciary relationship “does not affect deleteriously the public interest in the mediation and settlement of disputes”.

This meant the burden of proof was on Glencairn to show that there was a risk of misuse of privileged confidential information and of prejudice to Glencairn, and particularly that the information barrier did not work.

This required it “to attack and overturn findings of fact, inferences and evaluative assessments which are quintessentially matters for the judge at first instance with which this court will be reluctant to interfere”, Flaux LJ observed, finding on every ground that Glencairn failed to do so successfully – especially as some of its arguments were predicated on the Bolkiah principles applying.

Glencairn had insufficient evidence to prove that Virtuoso’s information barrier was ineffective.

Indeed, Flaux LJ said, in bringing this matter to court, Glencairn “let the cat out of the bag” in relation to some of the confidential terms it was trying to protect – as Lord Justice Arnold pointed out during argument, “Glencairn had impaled itself on the horns of a dilemma”.

Liz Ward, principal and founder of Virtuoso Legal, said: “This result represents a better map to follow in respect of the laws of conflict of interest and the implementation of information barriers in all law firms.

“A modern law firm such as ours who has embraced the latest technology can create a proper fortress around information even when working as a compact team of specialists.

“Agile, capable and forward-thinking law firms who embrace technology should take this as recognition that new ways of working not only result in better outcomes for their clients but also empower them in their practice in ways that more traditional firms are yet to grasp.”