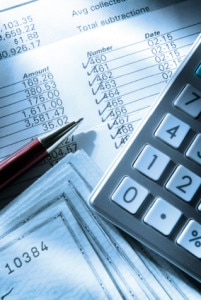 Accounts: turnover and profit were not as high as was said

The Court of Appeal has reduced by almost two-thirds the balance awarded to the seller of a law firm by the High Court, after ruling that – among other things – the trial judge had been wrong not to award the buyer damages for misrepresentation of the firm’s finances.

In the appeal, Karim & Anor v Wemyss [2016] EWCA Civ 27, the appeal court was asked to revisit the complex claim and counter-claim that followed the sale of the practice by the eponymous owner of Leicester firm Douglas Wemyss Solicitors to Sameer Karim in 2008.

The price was £100,000 and sums due at the time of sale in respect of debtors and work-in-progress (WIP).

Two years ago, before HHJ David Cooke, Mr Wemyss largely succeeded in his claim for around £135,000, arguing that half the sale price was deferred but never paid along with outstanding consultancy fees and WIP. He was awarded £105,375 plus interest.

But Mr Karim’s counter-claim that the seller had failed to disclose a possible claim that was later settled by the firm’s insurers, with the consequence that its indemnity insurance premium more than doubled to over £58,000, was accepted. In the end, Mr Wemyss was due £45,000.

Cutting the overall balance in Mr Wemyss’s favour by almost £30,000, Lord Justice Lewison, sitting with Kitchin LJ and Longmore LJ, agreed that the original claim should be reduced by £12,783, and that Mr Karim was entitled to damages for breach of warranty of £15,000, along with an additional £1,800 for the management time taken sorting out indemnity insurance.

Lewison LJ was sympathetic to the difficulties faced by Cooke J, and said that where he disagreed it did “not undermine the conscientious way in which he set about his task”.

However, he was critical in a number of respects, finding that Cooke J had been “wrong in his interpretation” of the agreement between the two solicitors – by allowing Mr Weymss’s claim that estimated WIP valuations in the agreement were only the minimum, not a formula on which to calculate them.

Lewison LJ particularly objected to the ruling that it was for Mr Karim to prove that Mr Wemyss’s claimed figures were wrong rather than the other way around, saying: “In effect he reversed the burden of proof.”

HHJ Cooke had found Mr Wemyss guilty of misrepresentation and breach of warranty for saying that the firm’s turnover and profits were “on course” for £640,000 and £120,000 respectively, when in fact more accurate figures would have been £547,000 and £92,000. However, he nonetheless declined to award Mr Karim any damages because he held that no recoverable loss had been demonstrated.

The appeal judge ruled Mr Karim was in principle “entitled to be put into the position in which he would have been if the business had had the turnover and profit warranted”.

He continued: “It seems to me therefore that the information that Mr Wemyss provided was no longer true as at the date of the contract, and moreover was incomplete and misleading. Mr Wemyss was, therefore, in breach of warranty…

“It seems counter-intuitive that when the seller of a business negligently (or worse) inflates its profitability in order to induce a sale of the business and, for good measure warrants that the information is true, the buyer recovers nothing.”

He was also scathing about HHJ Cooke’s ruling that management time spent sorting out indemnity insurance matters – compensation for which was specifically provided for in the sale agreement – was worth just £30 per hour.

Doubling the hourly rate to £60, adding £1,800 to the award, he said the trial judge had “plucked [the £30 figure] from the air” and had “underestimated the value of the claim”. He concluded: “I am bound to say that on reading this part of the judge’s judgment, I was surprised at how low the award was under this head.”