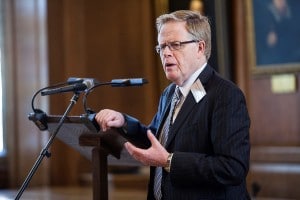 Jackson: defendant solicitor not under duty to give broader advice

Solicitors who offer ‘unbundled’ legal advice to help litigants deal with challenging parts of the process provide an “invaluable” service to both the court and litigants, the Court of Appeal said yesterday.

In a ruling that gave explicit backing to unbundling, the court refused to read broader responsibilities into a limited retainer that a solicitor had agreed with a divorce client to finalise her consent order.

Lady Justice King said: “There would be very serious consequences for both the courts and litigants in person generally, if solicitors were put in a position that they felt unable to accept instructions to act on a limited retainer basis for fear that what they anticipated to be a modest and relatively inexpensive drafting exercise of a document (albeit complex to a lay person) may lead to them having imposed upon them a far broader duty of care requiring them to consider, and take it upon themselves to advise on aspects of the case far beyond that to which they believe themselves to have been instructed.”

The judge recognised that in light of family legal aid cuts and the increase in litigants in person, what she described as “bespoke or unpacked” services have emerged whereby solicitors act “in relation to a discrete part of a case which is particularly challenging to a lay person”.

She said: “This service is invaluable to both courts and litigants alike, saving as it does court time but also stemming the increasing number of applications to the courts in relation to the working out of orders which do not accurately reflect the true intentions of one or other of the parties.”

Lord Justice Jackson, giving the main judgment of the court in Minkin v Lesley Landsberg (Practising As Barnet Family Law) [2015] EWCA Civ 1152, explained that following divorce the claimant, an experienced accountant, negotiated a settlement of all financial issues with her former husband.

However, a deputy district judge refused to approve the draft consent order because it did not include all the information it should have done.

Mrs Minkin then changed solicitors and instructed the defendant solicitor to amend the draft consent order, which she did.

Jackson LJ recounted: “The claimant subsequently had cause to regret the consent order to which she had submitted. She made a claim for professional negligence on the basis that the defendant failed to advise or warn her against entering into the consent order.

“The district judge dismissed the claimant’s claim on the basis that the retainer was limited and the defendant was under no duty to give such advice or warnings.

In reaching the ruling, Jackson LJ laid out five principles he had derived from the case law:

Agreeing with Jackson LJ, Lady Justice King emphasised that last point in her ruling. “It goes without saying that where a solicitor acts upon a limited retainer, the supporting client care letters, attendance notes and formal written retainers must be drafted with considerable care in order to reflect the client’s specific instructions.

“It may well be that with further passage of time, tried and tested formulas will be devised and used routinely by practitioners providing such a limited retainer service.”

Lord Justice Tomlinson agreed with both of his colleagues.