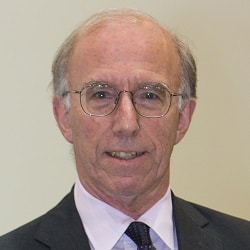 Davis: Not an easy case

The Court of Appeal has handed a boost to claimant personal injury (PI) solicitors by applying the more generous fixed costs regime for cases where the claimant in a low-value matter dies.

Sir Nigel Davies said that, though the money at stake in the case was “very modest”, the issue raised “potentially could bear on many thousands of other cases arising under the protocol; and, as we were told, could also potentially bear on cases relating to employment and public liability”.

The outcome was “important both for solicitors’ firms specialising in such cases and for insurers in this field”.

Kenneth Morriss’s solicitors notified his road traffic accident claim in the MoJ portal but it exited when no admission was made on liability. He died, for unrelated reasons, soon after.

The claim continued and it settled, without proceedings being issued, after a part 36 offer of £1,375 plus costs was accepted.

There was then a dispute about the basis on which costs were to be paid – whether section II or section IIIA of CPR 45 applied, the former being more generous – and part 8 proceedings were begun in the name of Mr Morriss’s executor, Anthony West.

At first instance, District Judge Baldwin, a regional costs judge in Liverpool, directed that the fixed recoverable costs and disbursements were payable under section II, on the basis that the claim which was settled was that of Mr West as executor, not that initially notified by Mr Morriss himself.

Judge Graham Wood QC upheld the decision on appeal, noting that claims by personal representatives were excluded from the protocol.

He considered that it was necessary, under the fixed costs regime, to have regard to the identity of the claimant and here Mr West was entitled to the damages – in effect, he found that the MoJ scheme contemplated that the same individual would be involved as claimant throughout.

Giving the unanimous ruling of the Court of Appeal in West v Burton, Sir Nigel – who retired from the court in March – said he had not found the case “altogether easy” but sided with the lower court judges.

“Read as a whole, the rules and the protocol are, in my opinion, drafted on the footing that the claimant throughout remains the person who issued the [claim notification form],” he said.

It was Mr West’s claim that was settled but he did not – and could not as an executor – have started it within the meaning of the protocol.

“Consequently, this was not a claim, for the purposes of assessing costs, within the ambit of CPR rule 45.29A or rule 45.29B. Accordingly, costs fall to be assessed by reference to section II.

“It further follows that I agree with the judge that the outcome would have been the same even had the claim not exited the portal. The provisions of section III would not have come into play and this would still have remained a section II case.”

Sir Nigel added that this interpretation was supported by “purposive considerations”.

He said: “It will be a matter for the rules committee to consider whether it would be advantageous to set out the desired outcome for situations such as these in express terms.”