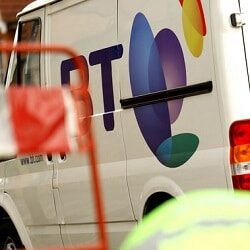 The difficulty of people signing up to a collective action and the availability of third-party funding were legitimate factors to take into account in making it opt-out, the Court of Appeal has ruled.

In a significant ruling on the regime, the court rejected BT’s appeal against the Competition Appeal Tribunal’s (CAT) approval of Justin Le Patourel’s application for a collective proceedings order, only the second it had made.

Mr Le Patourel, a one-time head of market intelligence at telecoms watchdog Ofcom who founded CALL (Collective Action on Land Lines), has the backing of Harbour Litigation Funding to bring the £600m claim of abuse of a dominant position on behalf of 2.3m BT customers, saying claimants could receive up to £500 each.

In 2017, Ofcom found BT had been overcharging customers who only bought a landline and not other services in a bundle. BT agreed to reduce future bills but did not compensate customers for past overcharging.

Giving the unanimous ruling of the court, Lord Justice Green rejected both sides’ submissions that there was a predisposition in favour of opt-in or opt-out built into the legislation, rules or CAT’s own Guide to Proceedings.

Parliament could have introduced a presumption, but did not: “In our judgment the legislature intended to leave the choice of opt-in or opt-out to the CAT based upon the facts of each individual case and it did not intend to create any starting presumption or preference either way.”

Green LJ continued – in line with the Supreme Court rulings on group actions in Merricks and Lloyd – that the CAT was entitled to conclude that, if an opt-in was ordered, the take-up could be very limited.

“The ability of a claimant to convert identifiable contacts into litigants is hence an important factor which goes well beyond issues of identifiability and contactability,” he said.

“The tribunal examined relevant factors such as size of class, the scale of a possible award and the impact of these on funding as important considerations. These might be sufficient, by themselves, to justify an opt-out decision.

“The CAT also considered the more subjective characteristics of the class including age profile, social class and technical ability. These are case specific factors which can serve to reinforce an opt-out decision.”

It was necessary too to take into account the ability to attract third-party funding, the judge said – BT argued that, by only funding the case if it was opt-out, the funder was effectively determining the order.

“It is self-evident that in many large-scale consumer-based collective actions, the availability or non-availability of third-party funding might be dispositive of whether the claim ever gets off the ground,” Green LJ said.

“In the present case, the CAT did not simply accept the position of the funder without more but took its decision based upon its own assessment of the facts and its own view of what was judicial common sense.

“Its conclusion took into account its own view of: the number of potential claimants that might sign up to opt-in proceedings; the impact of this upon the willingness of potential funders to invest; and, in consequence, the probability of the litigation ever becoming viable absent an opt-out order.”

The CAT accepted that very few claimants would sign up to an opt-in process and a funder would therefore find the litigation unattractive.

“If the proceedings did not go ahead, because of lack of funding, then access to justice, which is a seminal principle lying at the epicentre of the jurisdiction, might be thwarted.”

Green LJ added that the tribunal would “no doubt be alert to curb the risk that the leverage that opt-out proceedings provide is being deployed oppressively and unfairly” by funders. The CAT’s rules said it would “ensure” that cases are dealt with “at proportionate cost”.

The Court of Appeal also rejected BT’s challenge to the CAT taking into account that, in opt-out proceedings, distribution could be achieved by an account credit without customers’ active involvement.

“If BT is correct in a case with a large class, distribution could take years and entail the incurring of costs which would have to be deducted from the damages to be paid to the customer and would have the effect of reducing the ultimate aggregate sum to be distributed,” Green LJ said.

“There is, moreover, no sensible policy to support BT’s submission. On the contrary, the aim of the legislation is to redress consumer wrongs and increase access to justice. In an appropriate case an account credit does that expeditiously, cost effectively and serves to maximise the benefit to the wronged consumer.

“A rule which eases the administrative costs and burdens of collective litigation and thereby makes it easier will also increase the incentive on companies holding customer accounts to comply with the law.”

Mr Le Patourel said: “I am grateful that the Court of Appeal has found in our favour and we can now proceed to a full trial. Asking people to sign up to legal process which they don’t understand, and which has an uncertain outcome, would almost certainly have led to low levels of engagement. This would have made it impossible to secure redress for those affected.”

In a postscript to the ruling, the court “respectfully” suggested that, when the CAT considered it had sufficient experience, there were aspect of its guide that “warrant reconsideration”.