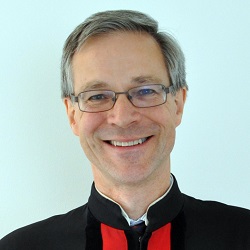 Newey: Actions were not an abuse of process

The Court of Appeal has overturned a decision striking out parts of a claim brought by a solicitor against his former partner in a Middlesbrough law firm, increasing its value significantly.

The long-running dispute between Lee Goodchild and Scott Taylor, which followed their five-year relationship as the two partners of Taylor Goodchild souring in 2016, saw the former bring an unfair prejudice petition.

In 2018, the High Court ordered Mr Taylor to sell Mr Goodchild his 50% shareholding for £170,500, after Mr Justice Barling ruled [1] that Mr Taylor had conducted the affairs of the firm in a way prejudicial to Mr Goodchild’s interests as a shareholder.

His decision to set up on his own as Scott Taylor Law represented a “clear breach” of his fiduciary and statutory duties as a director of Taylor Goodchild.

Mr Taylor’s manner of leaving produced “a disorderly state of affairs”, Barling J found, and he encouraged employees to leave without proper notice and without honouring post-termination contractual restrictions. He also took files and funds which belonged to Taylor Goodchild.

In 2019, Taylor Goodchild launched an action claiming repayment of Mr Taylor’s overdrawn director’s loan account of nearly £230,000, as well as repayment by Scott Taylor Law of at least £106,000 said to have been received in respect of the work in progress (WIP) for the files he retained.

Mr Taylor responded with a strike-out application which succeeded last year in relation to the WIP and account of profits claims, which Mr Justice Snowden said [2] should have been brought as part of the unfair prejudice petition.

The Court of Appeal last week upheld [3] Taylor Goodchild’s appeal against this. Lord Justice Newey said an action was less likely to be held abusive if the parties differed from those to the earlier litigation, as was the case here – the company was suing Mr Taylor and his new firm, while the unfair prejudice petition was brought by Mr Goodchild against Mr Taylor alone.

Further, the judge said, “it is far from obvious that it would have been convenient for the WIP and account of profits claims to be pursued in the unfair prejudice proceedings”.

“Not only could doing so have been expected to delay, complicate and increase the cost of the unfair prejudice proceedings, but the legitimacy of advancing such company claims would have been questionable.”

He added: “In the present case, moreover, given the relative urgency of the position, given the need for a prompt hearing and resolution in view of the deadlock and given the fact that the loan account claim was in any event expressly being held over, I can for myself see every reason why these other potential claims were not sought to be introduced into the s.994 petition.”

Mr Goodchild’s failure to tell the original court of his intention to pursue the claims via the company, such claims did not justify the strike-out, Sir Nigel continued.

“If the arguments advanced on behalf of Mr Taylor are right, they would bring about, as Snowden J acknowledged, the result that Mr Taylor and his company would retain for themselves the entirety of the relevant profits and WIP.

“That is not attractive, particularly in the light of the trenchant findings of Barling J as to the breaches of duty on the part of Mr Taylor.”

It dismissed the strike-out application on condition that Taylor Goodchild applied for permission to amend its particulars of claim so as to limit the WIP and account of profits claims to 50% of their value, a move the firm requested to counter concerns that it would receive a windfall by seeking 100%.