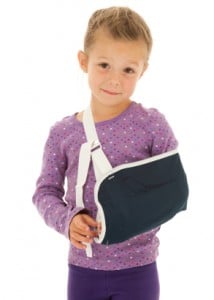 Injured child: small claim dealt with like any other

The way solicitors act for children in small claims is set to change dramatically following a Court of Appeal costs ruling last week, which the court itself recognised could discourage them from acting at all.

In a landmark ruling, the court quashed the notion that children should be allowed ‘full’ recovery of costs in cases settling below the small claims threshold, which is £1,000 in personal injury cases.

Giving the judgment in the linked cases of Dockerill & Healey v Tullett and Macefield v Bakos, involving minor injury claims, Lord Justice Patten said that where a child’s damages fall below the small claims threshold, the costs should be assessed by reference to the small claims track rather than the predictive costs regime.

While this will not automatically mean small claims track costs, he said the court should ask whether the claim was “sufficiently complex as to have justified the engagement of solicitors beyond the production of a report on the merits of the settlement”.

Patten LJ added: “I am very conscious that the practical consequence of this ruling may be to discourage solicitors from taking on CPR 21.10(2) proceedings [court approval of settlements involving minors] involving small claims because they are unlikely in many such cases to be able to recover their costs.

“But to apply a normal multi-track assessment of costs in all such cases seems to me to run contrary to the purpose of CPR 45.7(2)(d) which must, in my view, have been intended to allow the court to apply a less generous regime to approval applications

based on small claims. The predictive costs regime could have been applied to all cases involving claims of less than £10,000 but it was not. If this produces a difficulty in practice, then it will be for the Rule Committee to think again.”

In a third linked case of Tubridy v Sarwar, the appeal court determined a long-running debate in the county courts by confirming that’s counsel’s fees for attending approval hearings in predictive costs cases are recoverable only when there is some unusual complexity in the case.

Matthew Hoe, head of costs strategy at Peterborough firm Taylor Rose Law – which acted for the defendants in all three cases – said: “Insurers have never had an issue with paying damages to children, only with the excessive costs sought by their lawyers for such straightforward claims. There may now be an increase in direct capture by insurers. The ball is now in the claimants’ solicitors’ court as to whether they continue to represent children in low-value claims and whether they can find an economic way of doing that.”

Mr Hoe predicted that Dockerill will be “a huge aid to practitioners on both sides” by providing one sensible rule for costs in all claims, including children’s claims, falling within the small claims track.

He added that Tubridy means “solicitors will need to find more efficient ways of dealing with those cases. Hopefully it will encourage claimants to instruct and support their local solicitors, who can conveniently attend the local court themselves”.

Iain Stark, chairman of the Association of Costs Lawyers, said solicitors “simply will not be in a financial position to conduct proceedings involving small claims” as a result of the ruling. “On the face of it, this appears to deny access to justice for another group and is akin to the reduction in the availability of public funding.”

The likely impact of Tubridy is that junior barristers will see a reduction in briefs because representation in court by counsel will usually not be necessary, he added.