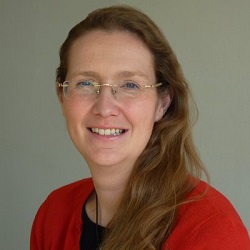 The failure of HM Courts and Tribunals Service (HMCTS) to carry the support of lawyers for its ambitious modernisation plans has contributed to failing to meet its timetable, according to Parliament’s spending watchdog.

The National Audit Office (NAO) warned the HMCTS was “behind where it expected to be at this stage” of the £1bn reforms, saying it faced a “daunting challenge” to deliver the scale of technological and cultural change necessary to modernise the justice system and achieve the required savings.

In particular, it warned of “unintended consequences” of rushing ahead with changes to the justice system before they were fully understood.

The reforms – due to be completed by 2022 and fully embedded by March 2023 – consist of HMCTS’s extensive use of technology such as online services and video hearings, the introduction of a common platform for the criminal justice system, and a shrinking of the court estate. Jobs and court buildings will go as part of the project.

This month the government rolled out its online divorce service after a successful pilot.

However, part of the reason HMCTS has fallen behind schedule was the reluctance of court stakeholders to embrace change. The NAO highlighted the problem of relying on other organisations to invest in new technology and change working practices, whilst having limited influence over them.

The NAO said: “HMCTS has faced challenges in persuading legal professionals of the benefits of some of the changes and involving them in service design.

“It faced large opposition to the proposal to extend court working hours, which led to the delay in rolling out pilots.”

The HMCTS had already lowered expectations that it would meet its original schedule, the NAO noted. In 2016 it extended its timetable from four to six years, but still it has lagged: “HMCTS has made less progress overall than it had expected to at this stage.”

Expected costs have increased and planned benefits have decreased; there have been “significant delays” with the common platform. Although the sell-off of the court estate has yielded higher-than-expected receipts – £282m – there would still be a funding shortfall of £61m, which HMTCS expected to find from savings elsewhere in the £1bn-plus budget.

Overall, one of the greatest risks from pursuing large-scale reforms at a fast pace was “making decisions before it understands the system-wide consequences”, the NAO warned, recommending that HMTCS resist pressure to plough on before engaging with “with affected parties within the justice system”.

It gave the “unintended consequences” example of the Ministry of Justice’s expectation that its 2013 LASPO reforms would lead to greater use of mediation. But in fact they led to a 56% fall  because, “by reducing the scope of legal aid, the ministry had reduced the number of consultations with solicitors and therefore referrals into mediation”.

In the same vein, the watchdog warned: “While virtual hearings could reduce transport costs and increase flexibility, they could also increase the burden on prison officers in facilitating the attendance of prisoners through video links.”

Equally, “there is also a risk that the drive for efficiency could be seen to compromise the perception of an independent, fair justice system.

“[For example] stakeholders have raised concerns about the potential for virtual hearings to affect both how engaged defendants are and consequently how they are perceived by juries and sentencers”.

The NAO concluded: “It is important that the possible consequences of changes are explored and understood before they are implemented on a larger scale.”

It recommended government bodies, including HM Treasury and the MoJ, should jointly “anticipate and manage possible adverse consequences of the planned changes”, while HMCTS “must also provide more detail on how the modernised services will work in practice, what has already happened, and what else needs to be done”.

Sir Amyas Morse, the head of the NAO, cautioned that, otherwise, “the tight timetable could… force HMCTS to make changes before fully understanding the consequences for the justice system”.

As well as the online divorce service, HMCTS has this year launched an online civil money claims service, with over 3,000 claims issued in the first month; tested a new probate system; tested the first fully video hearing in the tax tribunal; rolled out a national in-court system to record the results of cases digitally; and launched a national ‘track your appeal’ service for social security and child support tribunals.

HMCTS chief executive, Susan Acland-Hood, was bullish in response, describing the report as “helpful and constructive”.

“We are pleased that the NAO acknowledges our ‘early progress’, and its recommendations are already helping to strengthen the way we run the programme. We are confident, therefore, that the current six-year programme is on track to deliver the benefits promised on completion and, in doing so, help create a better, more straightforward, accessible and efficient justice system for all who use and need it…

“The report has highlighted some areas for us to focus on as the programme continues, and will help us ensure that this vital programme of reform is delivered effectively and efficiently.”