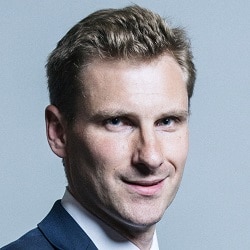 Philp: Proud of how courts have responded

The courts and tribunals in England and Wales are now conducting almost half as many civil and criminal hearings as they did before the coronavirus crisis, a justice minister said yesterday.

However, Chris Philp told MPs on the justice select committee that the crisis had reduced receipts of cases into the civil courts by 88%.

Mr Philp said England and Wales should be “proud” how well the courts were functioning, compared to “many, if not most, European countries where the court system has shut down completely, with many cases not being heard at all”.

Before the crisis, there would be 8,320 hearings in the courts and tribunals on an average day.

Mr Philp said that on Monday 27 April there were 4,066 hearings, 3,458 of them mainly by video or audio and 608 mainly face-to-face. He acknowledged that many of the hearings that went ahead were procedural and few were trials.

However, he said that in the magistrates’ courts, where in the first month of lockdown there were no trials at all, 80 trials had been listed last week, of which 27 took place, and 197 were listed for this week.

Mr Philp added that since civil receipts were down by 88% and civil court orders were running at 80% of their pre-virus level, the outstanding caseload was “fairly flat” and declining in areas like immigration.

Susan Acland-Hood, chief executive of HMCTS, responded to previous concerns expressed by the justice committee about low levels of hygiene at court by saying an additional 150 cleaners had been recruited.

They were not only cleaning the courts at night, as happened before the crisis, but cleaning ‘touch points’ during the day.

She said court managers had checklists to ensure social distancing, whether this applied to security procedures, waiting areas or the courts themselves.

Ms Acland-Hood said ‘hybrid hearings’ had taken place, where some of the professionals involved appeared by video link, with only the parties and their lawyers in court.

Another MoJ minister Alex Chalk, who is responsible for legal aid, stressed the need for solicitors and barristers to make use of the financial support being offered by the government.

He said the Legal Aid Agency (LAA) had quadrupled the number of staff handling fee claims, but there was still £100m of work completed by lawyers but not yet billed.

Mr Chalk said a further £140m was available in hardship payments under the advocates’ graduated fee scheme and litigators’ graduated scheme, but very few claims had been made.

Lawyers could also make use of the government’s ‘bounce-back loans’, which did not require any interest to be paid in the first year and 2.5% in the second year.

Mr Chalk, who said he had seen the video of eight young barristers explaining their financial problems posted by the Criminal Bar Association, said further help was being considered for young barristers and those returning to work.

Earlier in the session, the justice committee heard grim evidence of the impact of the pandemic on the profession from the Law Society, the Bar Council, the Criminal Law Solicitors Association (CLSA) and Criminal Bar Association.

Simon Davies, president of the Law Society, highlighted its research on the huge financial problems law firms were facing and said it was essential that “something is done that enables legal aid practices to hang on in the hope that the work will be there in the future”.

He said the crisis had cut conveyancing work for solicitors by 60%, immigration work by 65%, criminal work by 75% and for housing lawyers there were no possession proceedings at all.

Mr Davies said the larger commercial firms were not facing the same “devastating impact” as high street practices, but the threat to them was in the reduced pipeline of transactions, which would be felt later.

Bill Waddington, chairman of the CLSA, said criminal law firms were in a “dramatic and perilous” situation and called for the 8.75% in their fees following LASPO to be reversed.

He said the sector entered the crisis in a “parlous” condition, with the number of firms having fallen by more than a third in the period 2010-18.