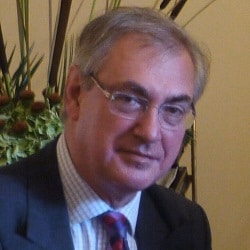 Pelling: Rulings handed down together

The High Court has made a second finding that Withers gave negligent advice to property developers – but the leading London law firm was again saved to some extent by causation.

His Honour Judge Pelling, sitting as a High Court judge, said many of the individuals involved in the two cases were the same – although factually they were unrelated.

While he heard this case immediately before the other, he wrote the latter’s judgment first “because there may have been credibility issues that arose there that may have impacted on the assessment of credibility of some of the witnesses in this case”.

The parties asked that they be handed down together.

We reported last week that despite Withers’ negligence in the first case, a failure to prove causation meant HHJ Pelling dismissed the £12m claim, except for one small aspect that led to an award of £270,000.

In 2014, two years later, the claimants discovered that each of them had buried beneath the ground three high voltage cables (HVCs) owned by UK Power Networks (UPN).

HHJ Pelling found that Withers was negligent in failing to conduct a specialist search for them as part of the conveyancing process.

The practice then and now was either to carry out a powerline search for a purchaser client acquiring a site for redevelopment or to ask whether such a search was required, the judge said.

He rejected as “untenable” partner Emma Copestake’s evidence that she did not ask the question because to do so would have been “disrespectful to very experienced property professionals”. Ms Copestake moved to another firm last year.

The claimants alleged that, had they known about the HVCs, they would have negotiated to pay £3m less.

But HHJ Pelling said there was no direct or expert evidence that the true market prices would have been lower than the agreed prices.

He also rejected claims for additional financing costs and increased procurement costs the claimants said were caused by the error but he did uphold claims for £462,000 in wasted expenditure resulting from the need to alter the redevelopment following discovery of the HVCs.

The judge went on to the find that, in 2014, after the cables had been discovered, Ms Copestake’s then assistant Hannah Robinson failed to advise that the claimants were entitled to have UKPN either remove the HVCs at its expense or apply for a statutory wayleave and pay the claimants compensation.

The solicitor’s failure was, HHJ Pelling said, “plainly negligent” – Ms Robinson, now special counsel at the firm, did not read the legislation she was advising on (the Electricity Act 1989). Rather, “her advice was derived from sources that were not even recognised textbooks but commercially available practice notes [from PLC].”

He continued: “Whilst it might have been appropriate to start her legal research by consulting the PLC website, it was not appropriate to stop there and write to [the client] in the terms that she did.

“Plainly she should either have read the schedule [to the Act] and the caselaw associated with it or said that the task of providing comprehensive advice was something that ought to be referred to specialist environmental or planning law counsel or that for her to undertake the task would require a separate retainer and would require separate payment.

“She did none of these things. Instead she sent [the client] the 3 February email which reasonably and actually misled him.”

That Withers was not contractually retained to provide advice concerning the claimants’ relationship with UKPN was “immaterial because, by providing an unqualified substantive answer to Mr Joy’s request, Withers assumed a duty of care in relation to the content of its advice”.

It was also “immaterial” that Withers did not charge for the advice.

The judge found UKPN would not have agreed to remove or divert the cables at its expense. The claimants argued that their loss was £3.6m, representing the difference between the properties’ open-market value with and without the HVCs.

However, HHJ Pelling held that the HVCs did not materially affect the value as they did not pose any risk, and indeed they were all over London.

But the continued presence of the HVCs did mean the redevelopment was scaled back, which the judge valued at £1.35m.

He said there was a “substantial chance” that the claimants would recover the whole of these sums “and a no more than speculative chance that the defendant would succeed in its case as to the assessment of these sums”.

But as the point had not been argued, HHJ Pelling invited short submissions at the hand-down hearing.