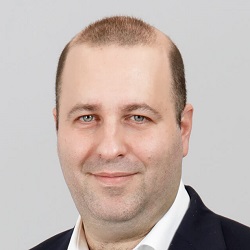 A High Court judge has criticised City law firm Fieldfisher for its failings in overseeing a disclosure exercise where 800,000 documents were missed, leading to a trial being adjourned for two years.

Mrs Justice Joanna Smith ordered that its client, global toy maker MGA, should pay nearly £580,000 on account of the costs wasted as a result on the indemnity basis.

UK toy start-up Cabo Concepts alleges a secret anti-competitive campaign on the part of MGA which are said to have caused the failure of Cabo’s business. The claim is worth £170m.

A four-week trial was due to start on 27 June, but three weeks earlier MGA informed the court that it had missed many thousands of documents during the data collection process underlying the disclosure.

The trial was adjourned and is now fixed for 1 October 2024, with an increased time estimate of six weeks.

The judge noted that the breaches were capable of being evidenced by individual emails, meaning the proper conduct of the disclosure process “would be of the utmost importance”.

But the failings in the process meant that around 40% of documents were missed by MGA at the harvesting stage – just over a million documents were harvested and some 800,000 missed – with nearly half of all potentially relevant documents not reviewed and a number of warning signs inadvertently overlooked.

The case managing judge had rejected Cabo’s request for independent supervision of the disclosure process on the basis that MGA had assured him it would be overseen by e-disclosure specialists including both Fieldfisher lawyers and experts from Condor Alternative Legal Services, Fieldfisher’s in-house document review provider.

Smith J said: “Regrettably, it appears to be common ground that, notwithstanding the assurance provided to the court on 27 July 2021, the technical process of harvesting documents was not subject to any such supervision.”

Fieldfisher partner Nick Pimlott told the court that he and his team did not have the expertise to become involved in, or to supervise, the technical process of harvesting documents and so relied on MGA’s IT team.

“This lack of supervision appears to lie at the root of the problems that then occurred, not least because, as it turns out, MGA’s in-house IT team did not have the necessary levels of experience or knowledge of best practice required for the conduct of a substantial disclosure exercise of this type, involving in excess of one million documents.

“Unfortunately Fieldfisher did not question the information they received from MGA as to the expertise of its IT team and nor did they instruct an e-disclosure expert (whether in the shape of Condor or anyone else) to consider the approach that MGA intended to take to the harvesting of documents and whether that approach was in accordance with best practice.

She stressed that “Fieldfisher ought to have applied a more rigorous approach to examining the assurances from its client that it had the necessary expertise”.

Had the firm engaged anyone with independent expertise in e-disclosure, “it would quickly have emerged that the approach proposed by MGA did not accord with best practice”.

This was one of the factors that took the case out of the norm and justified indemnity costs, as was Fieldfisher’s failure to respond to the red flag of a particularly crucial email that was neither disclosed nor harvested.

“In my judgment there was no sound basis on which Mr Pimlott could conclude that the missing email, described by MGA as ‘a mystery’, was of minimal significance and could effectively be ‘parked’ without further investigation.”

Mr Pimlott also provided an inaccurate witness statement when he said the harvesting exercise had been redone under the oversight of an independent e-disclosure specialist, which was contradicted by the specialist in their statement the following day.

This led to Mr Pimlott “retracting, albeit in unapologetic terms, the sweeping statements he had made”.

Smith J said he had not explained “how he could have gained such an erroneous understanding”, adding: “It is hard to understand how the partner with joint conduct of the proceedings on behalf of MGA could have made such an error, regardless of the pressurised circumstances in which Mr Pimlott was no doubt operating.”

This meant that the “re-harvesting exercise” had also been deficient, which the judge said was “best seen as part of a continuing failure adequately to grapple with the need for proper supervision and oversight of the disclosure process”.

Cabo’s solicitor, Richard Spector, a partner at London firm Spector Constant & Williams, told the court in a witness statement that all of these costs incurred in the lead-up to trial – nearly £1.3m – had been thrown away by the adjournment, but “this stance was not (perhaps unsurprisingly) maintained at the hearing”, the judge noted.

There was “no doubt” that Mr Spector’s statement had overstated the position and “this should not have occurred”.

She continued: “It means that the court does not have a genuine or realistic estimate from Cabo as to the level of costs that have been wasted by reason of the adjournment of the trial.

“However, on balance, in circumstances where Mr Spector has acknowledged his error, and given that his evidence does at least establish the total amount of costs incurred by Cabo in the lead up to trial, I do not consider that I should take the approach of refusing to make any order [for a payment on account].”

Mr Spector welcomed the decision, but added: “No client should ever have to see their case come to a shuddering halt when it could have easily been avoided.

“This was a major oversight by MGA Entertainment and their legal advisers, made worse by the fact our clients had requested that the disclosure harvest be carried out independently.”