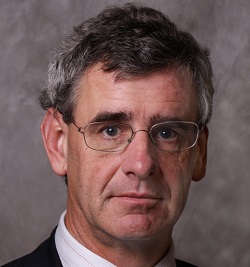 The Attorney General is to be asked to put a permanent stop to years of vexatious litigation pursued by a struck-off solicitor against the Law Society, Bar Council, senior judges and many others.

Mr Justice Jay extended the general civil restraint order (GCRO) against Ms Sheikh – first made in 2009 and renewed every two years since – for a further two years and ordered that it cover employment and other tribunals.

The previous one only prevented her from issuing proceedings in the High Court and county court without permission, and so Ms Sheikh has been issuing employment tribunal cases against the Law Society instead.

He continued: “Secondly I am going to order that a transcript of my judgment be prepared at public expense, and [then it] and all the papers I have seen be provided to Her Majesty’s Attorney General with a request that serious consideration be given by him to apply to the court under section 42 of the Senior Courts Act 1981 (as amended) for an ‘all proceedings order’ against the defendant without limit as to time.

“There is absolutely no reason why private parties, even parties exercising semi-public or public functions should have to come to the court at two-yearly intervals to make further applications for GCROs.

“The matter needs to be determined once and for all by the Attorney General.”

Since engaging in lengthy litigation over a dispute between the solicitor and her mother, and a property developer, Ms Sheikh has launched numerous applications in the courts involving allegations against a large number of lawyers and judges.

On this occasion, the application to extend the GCRO was made by the Law Society.

Jay J detailed one of the employment tribunal claims, for race and religious discrimination, issued against a number of entities, including the Law Society, Bar Council and Ministry of Justice. It was, he declared, totally without merit.

He said: “An examination of the substance of the claim reveals that it is a thinly veiled attempt to re-litigate some of the matters which gave rise to the defendant’s current difficulty.

“It is said, for example, that between certain dates in October 2007 various senior judges, barristers and solicitors entered into a conspiracy to commit an identity theft in the context of a certain conveyancing transaction…

“The conspirators – they include Briggs J (as he then was), Lord Phillips of Worth Matravers (formerly Lord Chief Justice of England and Wales and president of the Supreme Court) and Henderson J – are all said to be guilty of fraud, in particular Briggs J, in relation to an order he made on 2 October 2007.

“It is said in this claim that Briggs J impersonated a judge and stayed enactments of trials. He put on his judicial robes and wig and used the empty courtroom and bribed the court to stand around and pretend that a hearing was taking place.”

The last time the GCRO was extended, Ms Sheikh claimed her case raised “the most important question ever asked in the history of civilisation since the birth of time”.