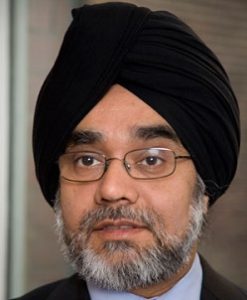 The Court of Appeal has rejected a City law firm’s second appeal against being shut down by the Solicitors Regulation Authority (SRA) over improper charges.

Lord Justice Singh said there was “an air of unreality” about the appeal by Neumans against the High Court ruling that the risks of withdrawing the intervention outweighed those of continuing it.

The intervention followed a referral by a separate Court of Appeal to both the SRA and the Director of Public Prosecutions after it ordered the firm and a client to repay interim costs of £500,000, on a joint and several basis, to the Lord Chancellor.

Having overturned the client’s conviction, the firm submitted a £2.9m costs bill, but the court found that this was based on an agreement to increase the level of fees Neumans charged.

The firm was established in 2006 under a different name, and became Neumans in 2008 with two members, husband and wife Nabeel Sheikh and Sarwa Sabir, owning 50% each.

Neumans was able to make representations to the SRA before the decision to shut it down, while Mr Sheikh resigned in a bid to ward off the intervention.

However, an adjudication panel resolved to intervene into Neumans as well as Mr Sheikh’s practice, and also to refer him to a tribunal on the basis that there was “reason to suspect dishonesty”.

On first appeal, Mr Justice Newey held that this decision was “rational and proportionate”.

Neumans appealed, challenging Newey J’s ruling that the rules of natural justice did not apply to a decision to intervene.

Giving the main ruling of the appeal court, Lord Justice Patten said it was bound by the 1996 Court of Appeal ruling in Giles v Law Society, where it held that the rules of natural justice had no application to intervention in a case of suspected dishonesty

“I consider that Giles is binding authority on us that the common law rules of procedural fairness are excluded by the statutory machinery in this case and that the solicitor’s rights and interests are adequately protected by being able to challenge the need for an intervention on an application under paragraph 6(4) [of the Solicitors Act 1974].

“I think it is clear from the language and terms of the judgments in Giles that the Court of Appeal was not restricting its observations to dishonesty-based interventions of an urgent and serious kind but was looking at the machinery of intervention more generally.”

Patten LJ also rejected Neumans’ complaints about the procedure that the SRA adopted, and that Newey J was wrong to maintain the intervention given the steps the firm had taken to change, particularly with Mr Sheikh’s departure.

The judge had concluded that the intervention should continue because he was not satisfied that the practice would in fact be able to be kept separate from Mr Sheikh.

The Court of Appeal said there was no fault in his reasoning. “Mr Sheikh clearly ran the firm prior to the intervention and was acknowledged by Ms Sabir to be the ‘rainmaker’ in terms of introducing clients and new work.

“The proposals for the appointment of a new COLP and COFA were made very late and the candidates are untested. There is very little, if any, indication in the evidence of their respective experience and whether they would be suited to taking on these roles. The doubts as to Ms Sabir’s ability to limit the influence of her husband remain.

“In these circumstances, it is not possible to say that the intervention was not proportionate or that the [SRA] has acted irrationally in opposing the application to terminate the intervention. They were entitled to exercise a proper degree of caution in the judgment which they made.

“For the same reason, the judge was right to conclude that on a proper consideration of the proposals put forward by the firm there were no grounds for ordering the withdrawal of the notice of intervention.”

Agreeing, Singh LJ said there was “an air of unreality about this case”.

He explained: “Ms Sabir submits that she was not afforded the basic rights of procedural fairness to which the common law would normally entitle her. In fact, as Patten LJ has demonstrated in his judgment, she was given the opportunity to make representations. There was no procedural unfairness on the facts of this case.

“For its part the [SRA] submits that the law should not impose a duty of procedural fairness in this context, where speed and sometimes secrecy are of the essence in order to protect the public interest.

“Yet, on the facts of this case, [it] did afford the opportunity to make representations before intervention took place. That at least suggests that it is possible, depending on the facts of a particular case, to comply with the normal requirements of procedural fairness and so it may not be necessary to have an absolute rule that those requirements never apply before an intervention can take place.”

Lord Justice Hickinbottom, who as a High Court judge sat on the original Court of Appeal case that referred Neumans to the SRA, also sat on this case and agreed with Patten LJ’s ruling.