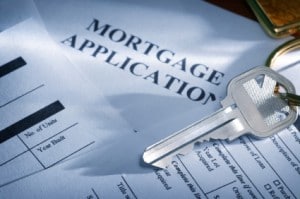 Mortgage: law firm’s actions were connected with the loss

The Court of Appeal has overturned a ruling which excused from liability a law firm which was duped into releasing £150,000 of mortgage funds.

It found that the failings of the firm involved – the now defunct RA Legal Solicitors – in departing from usual conveyancing practice were unreasonable and not deserving of relief under section 61 of the Trustee Act 1925.

Lawyers for the successful claimants said the ruling “will undoubtedly be gratefully received by lenders and conveyancers alike”.

In Santander UK plc v RA Legal Solicitors [2014] EWCA Civ 183, RA Legal – acting for the purchaser of a property in London – transferred funds to the vendor’s solicitors, but it turned out that those solicitors were not really acting for the vendor and the money was lost. RA Legal has throughout been found to have acted honestly.

Last June Mr Justice Andrew Smith held that RA Legal – which ceased to practise in October 2009 because it could not obtain professional indemnity insurance – had acted in breach of trust in releasing the funds without having obtained a legal charge, but decided to exercise his discretion under section 61 and relieve the firm of liability for the breach. He said that various other departures from best practice had not caused the loss.

Giving the lead judgment in the Court of Appeal, Lord Justice Briggs said that a strict causation test between an action and the loss “casts the net too narrowly for the purpose of identifying relevant conduct. In most mortgage fraud cases, the effective, primary or predominant cause of the loss is the third party’s fraud rather than the conduct of the solicitor trustee”.

It was similarly “too restrictive” to apply a ‘but for’ test which disregards conduct, however unreasonable, on the basis that even if the solicitor had acted reasonably in that respect, the fraud and loss would still have occurred, he said.

“In my judgment it would not be appropriate to exclude as irrelevant conduct which consisted of a departure from best or reasonable practice which increased the risk of loss caused by fraud, even if the court concludes that the fraudster would nonetheless have achieved his goal if the solicitor had acted reasonably,” Briggs LJ said.

“On the other hand, it would in my view extend the net too wide if it accommodated every aspect and detail of the solicitor trustee’s conduct which occurred, or played any part in, the process which began with the transfer of the loan money by the lender to the solicitor trustee and ended with its theft by the fraudster…

“Between those extremes, it seems to me that some element of causative connection will usually have to be shown, and that conduct (even if unreasonable) which is completely irrelevant or immaterial to the loss will usually fall outside the court’s purview under section 61.”

He found that RA Legal’s failures – beginning with the inadequate making of requisitions on title, transferring the completion money without the adoption of the completion code by the vendor’s solicitors, and then failing to deal with the absence of a prior mortgage discharge on the pretended completion – were unreasonable and sufficiently connected with the loss.

Briggs LJ continued: “In any event, those failings of RA Legal formed part of a larger picture of the shoddy performance of a conveyancing transaction from start to finish, which leaves me in no doubt that it would not be fair to excuse the firm from liability, in whole or in part.”

However, he was careful to distinguish the ruling from the similar Davisons case in December 2012: “There the solicitors did indeed obtain an apparent commitment by the person whom they reasonably believed to be the vendor’s solicitor to adopt the completion code, so that the regime of protective undertakings was, as far as they could tell, in fact put in place.

“The departures from best practice in that case were far less serious and of no consequence in achieving for the lender the protection against risks of loss which the completion code is intended to provide.”

Adding his comments, the Chancellor of the High Court, Sir Terence Etherton, said it was not possible for RA Legal to satisfy the burden of showing that its conduct was reasonable or, insofar as it was unreasonable, it played no material part in causing the loss.

Steven Baker of Watford-based Matthew Arnold & Baldwin, which acted for Santander, said: “We considered that the [High Court] judgment set a poor example to the entire residential conveyancing sector and sent out the wrong message to would-be fraudsters, which is not something that Santander was prepared to endorse.”

Lord Justice Briggs’s ruling also took to task what he was told was the common practice of conveyancers providing an unqualified certificate of title when in fact investigations are outstanding, but the unresolved matter is not expected to give rise to any difficulties (as happened here).

“To my mind the pretence that the investigation of title has been completed when it has not is a method of dealing with that difficulty which borders on dishonesty. It is nothing to the point that, if subsequently revealed defects are properly addressed, it causes the lender no loss.

“On the contrary, [RA Legal’s barrister’s] submission that unqualified certificates are frequently given prematurely involves the implicit admission that this is done deliberately, rather than by accident. If so, it simply makes the misconduct all the more serious.”