Court of Appeal orders retrial over aggregation of claims against solicitors 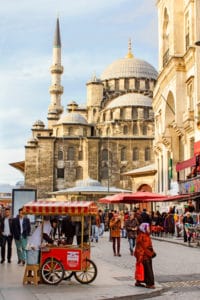 The Court of Appeal has overturned a High Court ruling that had protected law firms from financial risk through restricting the way professional indemnity insurers could aggregate multiple claims.

However, it is not the end, as Lord Justice Longmore remitted the case back to the Commercial Court for retrial in light of the guidance it has provided.

The Solicitors Regulation Authority (SRA), which intervened in the case, said the judgment provided “welcome clarity for both law firms and their clients”.

AIG Europe Ltd v OC320301 LLP & Ors [2016] EWCA Civ 367 is the first case on the aggregation clause of the SRA’s minimum terms and conditions (MTC). The outcome will be the difference between AIG facing claims worth more than £11m, rather than the £3m limit for a single claim.

The continuing dispute focuses on the meaning of “a series of related matters or transactions”.

Sitting in the Commercial Court last August, Mr Justice Teare agreed that all the claims arose out of similar acts or omissions, but decided that the wording of the second part of the clause “in its context appears to me to point to transactions which are, by reason of their terms, dependent on reach other rather than independent of each other”.

Giving the ruling of the Court of Appeal, Longmore LJ said the clear meaning of ‘series’ was that the transactions had to be related to one another.

“Thus transactions which all take place with reference to one large area of land in a particular country might be related transactions if they refer to or (perhaps) envisage one another, but if the relevant transaction is the payment of money out of an escrow account which should not have been paid out of that account, the fact of geography is too remote; what will be intrinsic will depend on the circumstances of that payment.”

As a result, the court said Teare J went “rather too far” in saying the transactions had to be “dependent on each other” before aggregation could occur. “We do not think the terms of the policy require the degree of closeness contemplated by ‘dependence’.”

“If there was a specific requirement that investors’ funds were to be held in a separate designated account for each investor that might militate against a finding that there was an intrinsic relationship between the relevant matters or transactions for the purpose of the aggregation clause.

“All this will have to be investigated by the trier of the facts and for this purpose the case will now have to be remitted to the Commercial Court for such findings to be made in accordance with such assistance as can be derived from this judgment.”

Longmore J also allowed an appeal over whether the law firm’s actions had been “similar acts or omissions” so as not to inhibit the next judge, and said an interim payment of £240,000 made after the original trial had to be repaid within 14 days.

SRA executive director David Middleton said: “Law firms will now have more certainty as to whether insurance claims aggregate and what level of cover is required to make sure both their business and their clients are protected. Both professional indemnity insurance and the compensation fund are crucial components of public protection and maintaining public confidence.

“The case, which is now the leading authority on how aggregation applies to solicitors’ professional indemnity insurance, also helps establish whether claims should fall on either insurance or the SRA’s compensation fund.”

The SRA explained that the ruling meant that the relationship must be found in the content of the instructions in two or more matters or in the terms of the deal in two or more transactions. So the fact, for example, that losses had the same originating cause, such as the dishonesty of an individual solicitor or the identity of the client, would not cause the aggregation clause to apply.