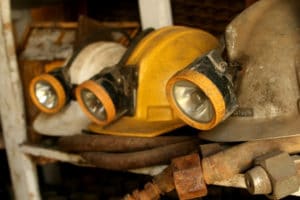 The Court of Appeal has overturned a ruling that Raleys – the controversial but now defunct Barnsley law firm – should not have to compensate a miner who argued that its admitted negligence had caused him to settle a claim at an undervalue.

Ordering Raleys instead to pay £15,000, it said the rationale behind the ruling of His Honour Judge Saffman in Leeds would have made it “far too easy for negligent solicitors, or, perhaps more pertinently, their insurers, to raise huge obstacles to claimants” in cases such as this.

Raleys was well known for its work for miners claiming compensation, raking in ten of millions of pounds in fees in the process. In 2009, six partners were either suspended or fined by the Solicitors Disciplinary Tribunal (SDT) in 2009 for misconduct in the way the firm handled the claims. The firm went into administration last year.

The Court of Appeal award should be picked up by the firm’s indemnity insurer, the administrator confirmed to Legal Futures.

In the case, Frank Perry, 66, agreed to settle his claims for vibration white finger (VWF) claim for £11,660, but did not make a claim for services under the government scheme for miners’ compensation – six everyday tasks that he could not carry out without assistance because of his injury. Several years later, he sued Raleys for £17,300 for not pursuing it.

Given the medical evidence, there was, she continued, “no way in which rationally the judge could have regarded this as a case where it could have been said that it was ‘overwhelmingly clear on the material before the court’ (certainly not before the trial began and even after all the evidence had been heard) that the claimant had only a negligible prospect of success”.

HHJ Saffman should have asked himself whether, at the date of settlement of his claim in 1999, Mr Perry, if properly advised, would have acted differently and made a claim for a services award.

“That question did not involve an enquiry as to whether such a claim would have succeeded. In my judgment the answer was obvious, Mr Perry would, and could, clearly have made a claim.

“Second, if Mr Perry had in fact made a services claim, what would have been its chances of success? That claim for loss of a chance did not fall to be determined on the balance of probabilities. That was an evaluation exercise to be carried out by the judge.”

Gloster LJ also made a series of other criticisms of the circuit judge’s ruling, including that he based his conclusion “entirely on what, on any basis, was a partial and unsatisfactory cross-examination of Mr Perry”.

Further, he misunderstood or failed to apply a principle which was fundamental to the compensation scheme, namely that a claimant did not have to be disabled entirely from carrying out a task in order to be entitled to a services award; and

Also, the judge “could not rationally have reached the conclusion that Mr Perry, his wife and two sons had all given false evidence”.

The Court of Appeal awarded Mr Perry damages of £14,556, plus interest at 8%, on the basis of an 80% prospect of success in the services claim.