Court of Appeal: law firms must comply with data requests even if purpose is to aid litigation 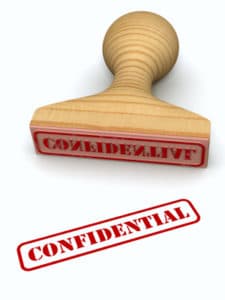 Law firms must comply with data requests even if the purpose for seeking the documents is “assisting in litigation”, the Court of Appeal has ruled.

The High Court had agreed with City firm Taylor Wessing that a judge should not exercise his discretion under the Data Protection Act 1998 (DPA) in favour of releasing data where the real motive was to use the information in legal proceedings.

However, Lady Justice Arden held that a data request was not invalid if made for the “collateral purpose of assisting in litigation”.

Arden LJ said: “We have been shown nothing in the DPA or the directive which limits the purpose for which a data subject may request his data, or provides data controllers with the option of not providing data based solely on the requester’s purpose.”

She went on: “It would be odd if the verification of data was always in practice a complete aim in itself which excluded all others, and as I have just explained neither the directive nor the DPA compels that interpretation.

“Nor has Parliament expressly required a data subject to show that he has no other purpose.”

Arden LJ said she agreed with counsel for the Information Commissioner, who intervened in the case, that a ‘no other purpose’ rule would have “undesirable secondary consequences”, such as non-compliance by data controllers with subject access requests (SARs) where there was an “ulterior purpose”.

The law firm refused to comply with the request, and Mrs Dawson-Damer applied to the court to make an order compelling compliance, exercising its discretion under section 7(9) of the DPA.

Mrs Dawson-Damer was involved in litigation in the Bahamas, and had instructed US firm McDermott Will & Emery to challenge the transfer of $402m from the Glenfinnan Settlement to new discretionary trusts for the benefit of her late husband’s brother’s children, leaving only “roughly $9m” behind.

Along with its argument that data requests should not be made for a “collateral purpose”, Taylor Wessing sought to rely on legal professional privilege (LPP), arguing that documents which the trustee, the Grampian Trust Company, could refuse to disclose to the beneficiaries under Bahamanian trust law were exempt.

However, Arden LJ said the DPA did not contain an exception for documents not disclosable to a beneficiary of a trust under trust law principles.

“The fact is that they are not within the legal professional privilege exception, and no other exception has been suggested.”

The judge also rejected Taylor Wessing’s third objection to complying with the data request, that taking further steps to identify documents would involve ‘disproportionate effort’ under section 8(2) of the DPA.

She said the views of the trial judge in the High Court were influenced by his “erroneous conclusion” that LPP applied. “The court is not yet at a stage when it could say that any particular steps would be disproportionate,” Arden LJ said.

“Taylor Wessing must produce evidence to show what it has done to identify the material and to work out a plan of action. It has singularly failed to do this and so has not discharged the onus on it.”

Arden LJ concluded that the court should exercise its discretion under section 7(9), allowed the appeal by Mrs Dawson-Damer and her children, and remitted the case to the High Court. Lord Justices Richards and Irwin agreed.

Arden LJ said earlier in her ruling that it was “common ground” that the High Court would determine issues such as whether a particular document was protected by LPP.