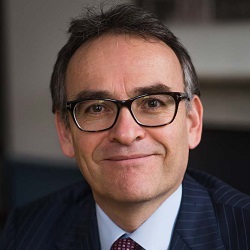 Sheldon: Entirely reasonable for barrister to change his mind

A law firm now part of consolidator Metamorph Law has been only partially successful in striking out a claim over how it advised a client on his clinical negligence case.

At the same time, Mark Duffield failed in his application for summary judgment against Metamorph over the advice given by North-West firm Linder Myers, which it bought in 2016.

The original claim centered on the prescription in 2001 of Rifinah, a drug used in the treatment of tuberculosis, which Mr Duffield believed caused him to develop primary biliary cirrhosis (PBC) and postural orthostatic tachycardia syndrome (POTS).

This meant that after-the-event insurer Temple Legal Protection would withdraw its cover, while neither Dr Punt nor Linder Myers, where partner Siôn Wynne was acting, would continue to represent Mr Duffield.

In his witness statement, Mr Wynne said Dr Punt’s advice was in accordance with his own views.

The claim was subsequently discontinued, with no order as to costs, in June 2017.

Clive Sheldon QC, sitting as a deputy High Court judge, struck out the particulars in relation to the decision to discontinue.

It was “inevitable” that Mr Duffield would fail to establish that Metamorph breached its duty of care and in any case would not be able to prove causation as Temple would have withdrawn cover anyway.

The judge said he had “no doubt” that Dr Punt’s advice was arrived at “after very careful consideration”. He was an appropriate choice of counsel, even if another may have come to a different conclusion, and it was reasonable for Mr Wynne to rely on his advice.

Mr Sheldon continued: “It is true that at the conference in June 2016, Dr Punt had expressed the view that the claims with respect to PBC would probably succeed. However, he did not express a view that the claim was a strong one and so his change of mind was not evidence of negligent advice…

“I consider that the fact that Dr Punt had changed his mind from the conference [nearly a year later] was entirely reasonable given that he was dealing with a case which at best was close to the 50:50 border.”

The judge also rejected the argument that Mr Wynne should have sought a second opinion from another barrister or a settlement before the claim was discontinued.

There was no real prospect of persuading a court that no reasonably competent solicitor would have acted in the same way.

However, the judge refused to strike out Mr Duffield’s argument that Linder Myers should have issued proceedings against the trust earlier and obtained supportive expert reports more expeditiously.

“I do not consider that the materials currently available to the court allow me to reach a definitive judgment on those matters either way. At the very least, therefore, Mr Duffield may be able to succeed on his claim for breach of contract…

“This would have allowed a claim against the trust to go forward, which might have led to a settlement offer being made by the trust or might have succeeded at trial.”

But equally Mr Sheldon considered there “a realistic possibility” that Metamorph would be able to show there was no breach of duty and so refused the claimant summary judgment.

He also declined to strike out Mr Duffield’s allegations about a delay in investigating a claim against his GP, who possibly over-prescribed the drug, and failing to preserve limitation against the GP.

“Had the claim against the GP been progressed more expeditiously, and protective proceedings issued against the GP, it cannot be said that Mr Duffield’s claim would have inevitably been discontinued and abandoned.

“It is entirely possible that more expeditious management of the claim against the GP would have led to the instruction of different counsel who took a different view of the prospects of success to that taken by Dr Punt.”

Though Mr Sheldon decided to strike out the claim in tort over failing to advise Mr Duffield that the limitation deadline had been missed for a claim against the GP – creating a potential conflict of interest – he did not dismiss the claim in contract.

At the same time, a trial would only lead to nominal damages in circumstances where no loss was pleaded.

It was the same in relation to an alleged failure to advise on the value of the claim.