The countdown begins: Whiplash reforms to be introduced in April 2019 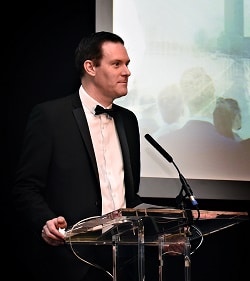 Stansfield: Huge amount of work to do to hit target date

The government plans to introduce its whiplash reforms in April 2019, it emerged today.

A statement put out by the Motor Accident Solicitors Society (MASS) said the so-called ‘strategic alliance’ – made up of MASS, the Association of Personal Injury Lawyers (APIL) and the Law Society – have today been told that ministers have agreed for the personal injury reforms to be implemented from April 2019.

The initial focus will be on implementing the changes in relation to road traffic accident accidents (RTAs), indicating that those for other types of personal injury will come in at a later date.

MASS chair Simon Stanfield said: “MASS shall continue to fight the proposed changes to RTA whiplash claims at every opportunity – but if Parliament approves the plans and they do proceed, there are still huge questions about how it would be implemented, operated and how the worst consequences can be limited.

“There is an enormous amount for the government to sort out if it is to hit its April 2019 target date.”

The date has been set before the Civil Liability Bill – announced in last summer’s Queen’s Speech – has even been published, although Legal Futures understands that this could finally happen shortly.

It also comes before the justice select committee issues its report on raising the small claims limit for RTA to £5,000 and all other personal injury to £2,000, a key element of the reforms, which will also see a tariff of damages introduced.

APIL president Brett Dixon said: “Ministers have at least taken on board our arguments about the importance of introducing any changes in stages and not leaping ahead to include employers’ liability and public liability claims.

“That the reforms will go ahead at all is, of course, unwelcome news to injured people, but APIL will use its seat at the table to help to safeguard access to justice for injured people as far as possible. There is still a lot of work to do in the next 14 months.”

Patrick Allen, senior partner of Hodge Jones & Allen and a former APIL president, said: “These reforms are misconceived and we will continue to oppose them at every stage. At the very least, the government should wait to see the report of the justice select committee following its evidence gathering session in January.

“The reforms will put significant impediments in the way of claimants seeking justice for smaller personal injury claims and would appear to be caught by the Supreme Court’s statement in last July’s Unison case that, without unimpeded access to justice, the democratic process was in danger of becoming “a meaningless charade”.

“Therefore the government may struggle to persuade Parliament or the courts that the proposed reforms are lawful.”

Qamar Anwar, managing director of First4lawyers, said: “It is disappointing, although not surprising, to hear that the government plans to press ahead with the Civil Liability Bill next year. However, we are undeterred and will continue to fight these unjust proposals.

“It is crucial that the claimant PI market comes together to fight the false premise on which these proposals are based. The new justice secretary must not roll over and take the insurance industry’s propaganda at face value.

“We hope he will instigate a meaningful and honest debate about what is right and wrong about how personal injury victims are treated, the way in which insurers operate and the importance of the whole sector coming together to stamp out fraud. It is long overdue.”

Law Society president Joe Egan said: “The timeline for introducing the whiplash reforms has been made public before the justice select committee has had a chance to issue its report.

“In our submission to the select committee, we outlined the extensive steps that can be required in low-value personal injury claims. We also highlighted new research findings that show 76% of medical experts would not accept instructions from claimants without a lawyer.

“These changes will mean people injured through no fault of their own will struggle to get justice. The Law Society does not accept that these limits are reasonable and we continue to oppose these reforms.”

From the other side of the debate, Deborah Newberry, head of public affairs at City firm Kennedys, which acts for many defendant insurers, said: “While Brexit is likely to continue to frame domestic law making, it is reassuring that the government has found the political energy to advance the domestic agenda and continue the process begun by LASPO.

“For compensators, including insurers, the uncertainty around the Civil Liability Bill has understandably been a source of considerable frustration…

“While the details are awaited, it is fair to assume that the government has reached the sensible conclusion that the measures in the bill should run in tandem with the whiplash-related proposals to introduce (and increase) two small claims thresholds.

“This will help allow compensators to properly prepare not only for the reforms, but for their consequences.”

Last month, the government revealed how much work has been going on behind the scenes to bring the reforms into being, detailing five working groups made up of all sides of the personal injury world that are working on them.

These cover the overall strategic direction, guidance and support for litigants, legal issues, liability, and IT.