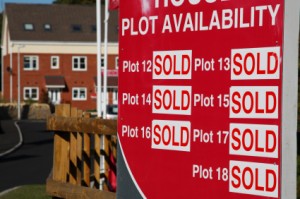 A council’s failure to seek legal advice during a property development has cost £1.9m in lost income, it admitted last week.

Rutland County Council said it has put in place new procedures to ensure there is no repetition of the “serious administrative error”.

In July 2011 the council entered into a section 106 agreement – a legal agreement containing conditions to ameliorate the effects of a property development – with the landowners of the Oakham North residential development in conjunction with the grant of planning permission.

A few months later the developer, Larkfleet Homes, sought a minor amendment to the agreement, which was agreed, but by law this led to the issue of a new planning permission.

As a result, Larkfleet had two valid planning permissions in place and could choose which to implement – one that invoked the agreement or one which did not.

Though Larkfleet began the development under the first planning permission and paid what was required under the section 106 agreement, but contended that further work was completed under the second and it was not liable to pay a further £6.7m.

“At this point the council paused to allow officers to take advice,” the papers recounted. “This proved to be a time-consuming exercise as the details were checked and legal opinions were sought initially from Peterborough Legal and then from Ropewalk Chambers (Jonathan Mitchell).”

Their advice was to seek a “negotiated settlement”, which ultimately resulted in Larkfleet paying £4.8m.

An independent review commissioned from Baker Tilly confirmed that there were “no financial connections, personal or undeclared professional relationships between the development staff from the contractor organisations”.

The council said it has now conducted a comprehensive review of its processes to prevent a recurrence. “It is not possible to say conclusively that mistakes will not be made but safeguards and checks are in place to mitigate against this situation arising again,” it said.

In a statement placed on its website, the council added: “We would like to say that while we regret the original error we have taken action to ensure it should never happen again; we are grateful to Larkfleet who we feel have behaved honourably in coming to an agreement that ultimately protects the interest of local residents in the Oakham North area.”