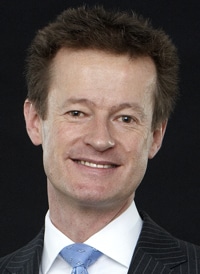 Wild: trying to keep ahead of the game

Kent Legal Services (KLS) – the legal arm of Kent County Council – is planning to launch an alternative business structure (ABS) in conjunction with regional law firm Geldards, it has emerged.

Director of governance and law Geoff Wild told Legal Futures that the aim is to expand the pioneering council’s presence as a provider of legal services in the wider market.

KLS already advises 330 bodies across the public sector, including police, fire, education and health authorities, as well as other councils, but Solicitors Regulation Authority (SRA) rules on in-house lawyers are a stumbling block.

A particular problem has arisen in recent times over the prohibition in the SRA’s practice framework rules on in-house lawyers charging charities, which local government lawyers argue causes them problems when acting for academies, housing associations and further education colleges.

Two years ago KLS and Geldards launched Law:Public, a public/private collaboration providing local authorities access to legal advice from a wide pool of experienced public sector lawyers from as little as £90 an hour to an average headline rate of £150 per hour.

Mr Wild said Geldards was a “very fitting partner” – and gave Kent greater geographical coverage – and so the pair are now looking to take this informal collaboration to the next level by forming a joint venture ABS for new work. This could extend KLS’s reach to the likes of utility companies, which are currently beyond the power to trade that local authorities already have.

He added that the ABS plans are part of KLS “trying to keep ahead of the game – we see the market catching up with what we’ve done”. But he also acknowledged that it needed to be a joint venture given the strength of competition in the market.

According to the specialist website Local Government Lawyer, the ABS move forms part of a strategy – dubbed ‘Evolution’ – aimed at delivering £3m in savings for Kent County Council by 2014 and becoming in time a regional hub for the south-east.

Mr Wild told the website that the root-and-branch review of the way KLS operates will include the pursuit of increased income and market share by growing the service’s list of external clients. The aim is to reach a situation where Kent County Council provides 60% of the practice’s income and external clients provide 40%. The current split is 80%-20%.

It will also look at the county council’s spend on external legal services, which runs into millions of pounds a year.