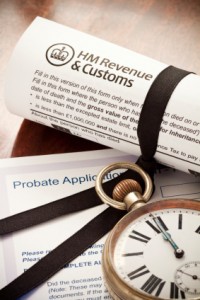 Probate: practitioners should be able to seek CLC authorisation even if they don’t do conveyancing

The Council for Licensed Conveyancers (CLC) has confirmed it will again attempt to extend the scope of services it regulates later this year and fired the opening shot of a campaign to issue licenses to individuals who are not conveyancers.

The council’s last bid to regulate litigation and advocacy was rejected by the Legal Services Board in April 2012. But it can license alternative business structures (ABS) – with 28 licensed so far – as well as regulate conveyancing and probate activities.

At the end of last year a survey of members of the Society of Licensed Conveyancers found almost a two-thirds majority opposed the CLC applying again and three-quarters said they disapproved of their practising fees being used to fund another attempt. But nearly nine out ten backed a CLC expansion into regulating will-writing.

In a consultation on standalone licenses, the CLC is testing opinions on whether it should be allowed to regulate qualified persons who meet the “fit and proper” test and that its licenses should specify the types of legal services – which need not necessarily include the provision of conveyancing services.

The CLC argued the current restriction that allows it only to issue licenses to licensed conveyancers is “outmoded and out of step with the reforms introduced by the Legal Services Act 2007”.

A similar amendment should be made to its ABS licensing regime to remove the requirement that at least one manager is a licensed conveyancer, the CLC said. For example, if an ABS was to provide probate but not conveyancing services, it would be sufficient for the CLC-licensed individual to be approved only to provide probate services.

It continued: “Failure to introduce this reform is likely to continue to inhibit entry into the legal services market and hamper the natural development of the profession. Ultimately any requirement that would restrict supply will limit any potential for increased competition and access for consumers which is envisaged by the [Act].

“As a result any anticipated price reductions, increases in quality and innovation, and impacts on the time for consumers to have their case handled within the legal markets may be more muted than originally envisaged by the legal service reforms.”

The CLC said the scheme of incremental permissions set out in the consultation would be developed further when it resubmitted its application for an extension of scope later this year.

The deadline for submissions to the consultation is 19 June 2013.