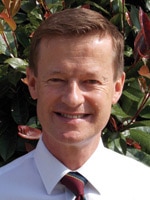 In a “market engagement exercise” seeking expressions of interest [2] in advance of a formal tender in the summer, Kent Legal Services (KLS), which recently announced ambitions to become an ABS – flagged by Legal Futures [3] in May 2012 – said it was looking for a private sector partner “to invest in the future” of the service.

The new JV/ABS will provide legal services to Kent and to the wider market. KLS, which has generated income of £13.5m for the council over 11 years, said it was “not interested in discussions about traditional models of legal service delivery or outsourcing” but intended the venture “to maximise profits and build on the success of KLS’s past achievements”.

It said it would be “preferable” for any partner organisation to have already received Solicitors Regulation Authority (SRA) approval for an ABS, as well as for it to “demonstrate that they will be able to add significant value to the existing KLS service offering, including technical expertise, marketing and a supply of work”.

Geoff Wild, Kent’s director of governance and law, said he expected the venture to be up and running within a year. The preference for a partner to be SRA-approved “should cut down the time and bureaucracy considerably and assist us in getting it off the ground that much sooner”.

It would also enable KLS “hopefully to bolt our joint venture onto an existing ABS”, he said. He had already spoken to the SRA about it. He added: “I’m warming them up to the idea.”

Mr Wild, who joined Kent County Council as a senior solicitor in 1989, said that in the short time since news of the impending engagement exercise had circulated, KLS had already received “a lot of unprompted calls and e-mails and requests for further information from a whole range of different organisations”.

He continued: “Some of them we expected but some were quite unexpected, ranging from law firms to non-law firms, to barristers’ chambers, to financial organisations – right across the board from large and small operations.”

He stressed that KLS, which has numerous accolades for its innovative approach, was looking for a partner that would bring “new ideas” to the council: “This is not an old-fashioned outsourcing exercise by any means, and we want to try and find something that is new and different and innovative.

“It’s not about saving a failing service or bailing out a poorly-performing service; it’s about taking an already successful in-house legal team to the next level.”

Organisations that express an interest in the joint venture will be invited to a bidders day “in due course”.