Costs judges “can deal with disputes” over law firm retainers 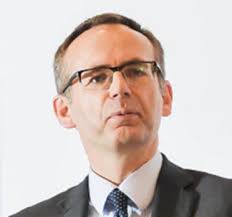 There is no need for a dispute over a law firm’s fees to be transferred from the Senior Courts Costs Office (SCCO) to the Chancery Division simply because it involves the validity of a retainer, a costs judge has ruled.

Costs Judge Rowley said that, since the ‘costs wars’ at the start of the century, retainer issues had “regularly been dealt with in costs proceedings” and were “no longer a reliable indication” of the sort of case which should be transferred from the SCCO.

Lisa Jones sought the assessment of bills totalling just over £22,000 sent by London firm Richard Slade & Co in December 2020 in relation to a contested will. She also sought, as an alternative, an order setting aside a compromise agreement with the firm.

District Judge Bellamy in Sheffield transferred the proceedings to the SCCO in May last year, but in July the law firm applied for part of the claim to be struck out on the grounds that the remedy sought, setting aside the agreement, was “not one the court has jurisdiction to give”.

Judge Rowley said costs judges were “regularly told” that the matters in issue would be better served in other courts.

He said it did not seem “obvious that an argument that a contract should be set aside should of itself ring alarm bells suggesting that proceedings ought to be dealt with in a Chancery court via a different procedure”.

He went on: “There are clearly boundaries beyond which costs proceedings will not be appropriate as a forum to deal with contractual and equitable remedies.

“As is often the case, the decision as to the suitability of the court and its procedure is very much fact dependent.”

He heard in Jones v Richard Slade & Co [2021] EWHC B28 (Costs) that Ms Jones and her siblings instructed the law firm regarding a contested will.

Judge Rowley said initial work was done on a fixed fee, but the law firm said it was then to be charged under a traditional pay-as-you-go retainer, while the claimant said there was an unwritten conditional fee agreement in place which was “unenforceable against her”.

The claim by Ms Jones against her father’s estate was successfully mediated in October 2019.

Amongst the settlement terms was a contribution of £13,750 towards the costs incurred by the claimant and one of her siblings.

The firm’s invoice provoked a dispute which settled in June 2021 on the basis of a payment of £15,000 plus VAT, inclusive of the sum received from the estate. That left a balance of £4,250 which the firm deducted from sums held on account.

Judge Rowley said the “essence” of the claimant’s case was that she was induced to compromise at the mediation “on a false basis”.

He went on: “Since the advent of the so-called ‘costs wars’ at the beginning of this century, allegations regarding retainer issues which potentially knock out the entire claim have regularly been dealt with in costs proceedings, both between the parties and between solicitor and client.”

“As such, I would suggest that matters which go to the heart of retainer are no longer a reliable indication of the sort of case which ought to be dealt with in the High Court.”

This was because the relationship between the solicitor and client was “fundamentally” contractual.

The judge said that, if proceedings had been commenced in the Chancery Division to set aside the contract of compromise, there was “no prospect” of those proceedings being transferred to the SCCO “simply because the context of the agreement is one relating to costs”.

He said this was “very much a case” where “a number of judges in various courts” could equally have handled the case.

“The parties were content with this case being transferred to a cost judge at the SCCO and it seems to me to be an uphill battle to suggest that those issues can no longer be dealt with in the court previously agreed upon between the parties.”

The judge said the “only purpose” of the claimant in seeking to set aside the agreement was to have the defendant’s bill of costs assessed.

He dismissed the law firm’s application to strike out part of the claim.