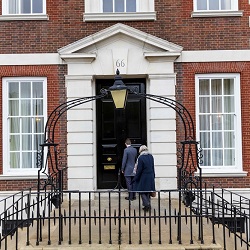 Farrer & Co: Client knew what she was agreeing to, court ruled

A judge has rejected claims by the wife of a convicted Kazakh businessman that she was overcharged by a London law firm for her asylum application and described the allegations of misconduct she levelled as “regrettable”.

Master Leonard in the Senior Courts Costs Office said Farrer & Co’s hourly rates, which ranged from £200 per hour for a paralegal to £600 per hour for a senior partner were not “of an unusual nature or amount” when “properly judged in context”.

Farrer & Co launched proceedings against Nurgul Yertayeva in March last year for payment of a series of 10 invoices based on a written retainer dating back to November 2018.

The judge described the defendant as a “sophisticated, intelligent and highly accomplished person with a background of very significant wealth”.

The judge said he found Mrs Yertayeva’s evidence “unreliable” and described her version of events as “highly distorted”.

He said the proposition that the law firm’s charging rates or the overall costs and disbursements should be judged by reference to a notional standard cost for an asylum claim was “entirely unsupported by evidence” and “insupportable in principle”.

“I do not accept that the defendant signed the claimant’s letter of engagement without knowing or understanding its contents.

“I do not accept that at any relevant time, she was in such a state of distress that she was unable to make an informed decision on her relationship with, or the instructions to be given to, the claimant.”

“Mr Yertayev is a high-profile and public figure in Kazakhstan, described in media reports as the head of a business empire and in the defendant’s points of dispute as ‘extremely wealthy’.

“According to press reports, Mr Yertayev was extradited to Kazakhstan from Russia and on 17 November 2020, sentenced to 11 years’ imprisonment for embezzling sums which, in sterling, would come to over £200m.

“Should the defendant’s asylum claim fail, she risks being deported to Kazakhstan where she would, in the claimant’s view (and on her own evidence) have been exposed to numerous human rights violations, including the suffering of inhuman and degrading treatment in detention and the denial of a fair trial.”

The law firm said that to successfully claim asylum, Mrs Yertayeva would have to show that she was a victim of political persecution under the 1951 Refugee Convention, requiring an analysis of the criminal allegations against her and her husband and the extradition proceedings involving her husband in Russia, with aim of demonstrating that she was a “collateral target in a political attack” on him.

Master Leonard said he could find “no substance” in the proposition that the fees of Mrs Yertayeva’s barrister, Raza Husain QC, should be disallowed in the absence of informed consent.

The judge said he did not accept that any of the items in the Farrer & Co’s breakdown, whether fees or disbursements, challenged by Mrs Yertayeva were incurred without her informed consent.

“I regard the allegations of overcharging, exploitation and other misconduct levelled by the defendant at the claimant to be unfair and untrue. They are based upon distortions of the facts. It is regrettable that they have been made at all.”

The evidence showed, Master Leonard said, that Mrs Yertayeva ultimately turned to less expensive advisers because she could not pay Farrer for the services she had authorised, “although, as she admits in her defence, for some time she persuaded the claimant to keep working, unpaid, on her assurances that she could”.

Her current adviser is Kadmos Consultants, a North-West London firm regulated by the Office of the Immigration Services Commissioner.