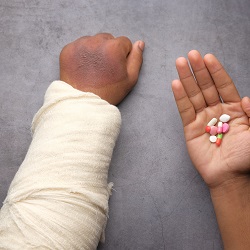 The cost of living crisis is driving many of the non-tariff claims made through the Official Injury Claim (OIC) portal, with “wristlash and hiplash” replacing whiplash, defendant lawyers have claimed.

Speaking on Keoghs’ Fighting Fraud podcast, partner Ben Leech said the latest research indicated that just 6% of the public were aware of the whiplash reforms.

“It’s going to be huge news for people when they bring claims and they’re told they’re only worth £480, as opposed to their friend last year who got £3,500. They’ll be thinking: ‘That doesn’t even pay for my gas bill let alone anything else.’”

It was, he said, “unfortunately inevitable” that, with the pressures of the cost of living increases, these additional injuries were “just going to increase further”.

Mr Leech said MedCo had issued an alert about non-whiplash injuries appearing in medical reports without any reference to how the injuries had happened. “What is driving these behaviours? That is the key question.”

He added that claimant solicitors should be compelled to reveal the sources of their claims if there was ever to be a reduction in claims farming.

“How is it that three to four years ago they had whiplash, while now they have a knee injury or a wrist or all sorts of weird and wonderful injuries they didn’t have before?”

James Babington, a motor fraud consultant at insurer Ageas, said there had also been a “distinct increase” in tinnitus claims since the portal was launched last spring – but it was starting from a fairly low threshold, “so we’re not talking about hundreds of claims”.

Mr Babington said that, with unrepresented claimants, tinnitus claims were not appearing in medical reports or ending in separate awards.

“There is a potential problem from represented claimants where potentially the claimant will follow through. I’ve already seen a couple going to get ENT reports.”

He said there had also been a sudden rise in the inclusion of psychological claims after medical reports.

“Some kind of minor anxiety bumps up the claim slightly.” He suggested the questions asked by the medical experts could be to blame.

The first year of the OIC will be debated at PI Futures on 25 May in Manchester. The full programme and tickets can be accessed here.