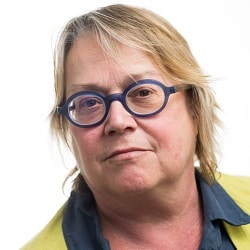 The economic benefits of legal aid outweigh the costs and public funding can bring significant advantages, a detailed global analysis conducted jointly by the World Bank and International Bar Association (IBA) has found.

A team of four from the bank, plus former Law Society president Lucy Scott-Moncrieff for the IBA, studied some 50 cost-benefit analyses (CBA), covering civil and common law systems, and both developed and developing countries. They found an overwhelmingly positive balance sheet in favour of state assistance.

Some benefits were tangible, in terms of hard cash helping to resolve claims, and others were less tangible and so harder to quantify, for example in terms of the social benefits of people’s trust in the rule of law, and knock-on benefits for communities and commerce.

For poor and marginalised populations, the persistence of inequality unmediated by access to justice was likened to having to endure bad schools, hospitals and roads.

Measuring direct benefits and costs of a legal aid scheme, such as setting the avoided costs of hospitalisation and medical treatment against government expenditure, could be undertaken more easily using official data.

By contrast, evaluating intangible benefits and costs, such as social capital, feelings of empowerment and trust in government required more subjective views of experts.

An example of a CBA backed by significant tangible data – although not in terms of suffering or shortening of life expectancy – was domestic violence in the United States, where statistics have been gathered for two decades in many states.

In purely monetary terms, a study in the state of Wisconsin found that each prevented incident of domestic violence saved more than $3,000 (£2,400) just in avoided medical care, mental healthcare, lost productivity, and property damage costs.

Similar studies in Tennessee and Illinois estimated savings more widely, including less tangible costs, to be $10,620 and $16,600 respectively.

One factor in assessing indirect benefits, the report said, was the ‘multiplier effect’ of the inflow of extra money into the community, including the spending patterns of low-income individuals who receive awards in legal settlements.

A 2010 UK study by the National Association of Citizens Advice Bureau showed that savings in downstream costs for public services mitigated by legal advice were substantial. Obviously in countries where there is less public service provision, the calculation would be different.

In conclusion, the authors said: “In a world where data increasingly drives policy making, and where budgetary pressures can crunch social spending, evidence-based proposals that demonstrate the net benefits of legal aid are useful and persuasive…

“The cost benefit analyses surveyed in this report suggest that the benefits of legal aid outweigh the costs.”

They added that many of the CBAs assessed “may understate the net benefits” of legal aid because they did not give sufficient weight to indirect benefits.

Further research was necessary to iron out the differences in assumptions underlying the various analyses, they said.

A global justice report earlier this year concluded established legal professions led by lawyers were a block to progress and urged them to step aside in favour of non-lawyer leaders who could be relied on to bring in necessary reforms without self-interest.