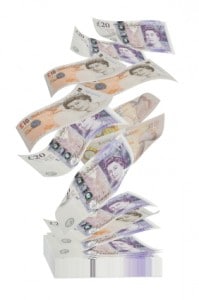 “Weak security controls” could play into hands of fraudsters

Banks may charge law firms more for borrowing if they abandon their client accounts, the legal regulators have warned in a joint report.

Investigating alternatives to client accounts was one of the workstreams agreed following a deregulation summit held by legal regulators last year, while the Solicitors Regulation Authority (SRA) is considering allowing firms to use third-party accounts similar to the BARCO scheme for barristers.

A report submitted to justice minister Shailesh Vara by the Legal Services Board on behalf of the regulators highlighted both the dangers and benefits, particularly for small firms, of allowing choice on whether to handle client money directly.

The report, which explored options rather than arriving at conclusions, was particularly hard-hitting on the possible dangers of alternatives to client account.

“It has been suggested to us that banks may currently give favourable borrowing rates to law firms based in part on the amount of money those firms hold in client account, on the basis that banks make other income from such firms in terms of telegraphic transfer fees for transfers in and out of client account (for example for conveyancing transactions),” it said.

“Therefore, there could be a risk of ‘loan re-pricing’ for such firms if they opt to move away from handling client money.”

On fraud, the regulators said that “weak security controls” at the third-party provider could enable fraudsters to steal account details and ask for money to be transferred to them.

The regulators went on: “During a conversation with a payment institution, an individual voiced concerns over unregulated sections of this industry and how he suspected that ‘millions of pounds of client money is being held in schemes that is being used for money laundering, and/or criminal or terrorist funding’.”

The regulators warned that they might not have “the same power to require actions by or information from any third party provider” and the “financial stability” of a provider would be not as visible as that of a law firm.

On conveyancing, which has already been highlighted as an area unsuitable for alternatives to client account, the report suggested both that transactions could be slowed down by late payments and third-party providers would be less likely to find solutions where there was a “last-minute glitch” on completion day.

“The use of a payment institution may make more commercial sense for some types of providers than others. The impact of one type of practitioner changing its preferred model on other parts of the market would need to be considered.

“The legal services market may be unattractive to payment institutions, for example if only a small number of firms wished to use their services and they were required to comply with additional regulatory requirements.”

On the positive side, the regulators said law firms which chose to have a third-party account would no longer have to submit an accountants’ report to the SRA or have to pay the Compensation Fund contribution.

Firms could be at a reduced risk of “harmful criminal activity”, in that client accounts could be a “great opportunity” for criminals to meddle with electronic payments.

The legal regulators also cited the benefits for themselves if a significant minority of firms ditched their client accounts.

“Client money regulation takes up a large amount of regulator resource. The use of different approaches to handling client money has the potential to drive the reduction or removal of regulation for those practitioners adopting such approaches.

“This in turn would enable regulators to reallocate resource and reduce the overall cost of regulation, if a material number of practitioners take up such alternatives.”

The regulators added that these savings could translate into lower practising certificate fees for providers and cheaper services for consumers.

Richard Collins, executive director of planning and performance at the SRA, told a conference earlier this month that two firms applying to the regulator to become alternative business structures had asked to keep their funds with BARCO.